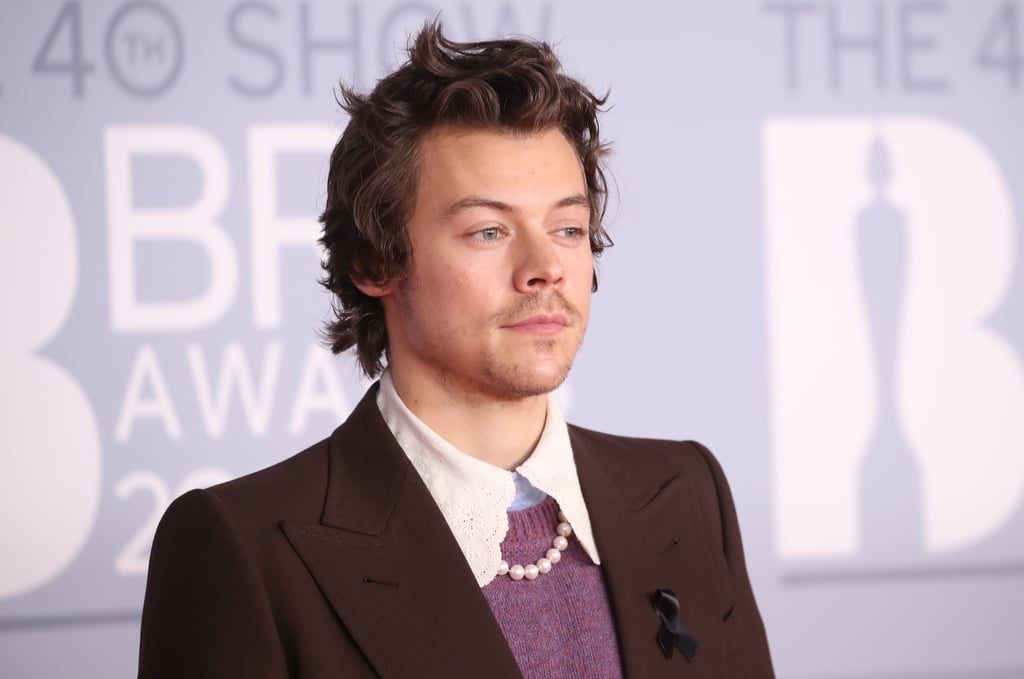 When Harry Styles arrived on the 2020 BRIT Awards red carpet in London on Tuesday night, we couldn't help but notice one subtle yet heartbreaking detail. In his first public appearance since the tragic death of his ex-girlfriend and much-loved TV presenter Caroline Flack, the 26-year-old singer paid tribute by wearing a simple black ribbon on the left lapel of his suit jacket.

Traditionally, wearing black is a sign of mourning, and in classic Harry style, he marched to the beat of his own drum by paying his respects this way, rather than commenting or posting anything on his social media. Harry and Caroline met when they both worked with Simon Cowell and the X-Factor team in 2011. The pair reportedly dated for a few months before amicably splitting and remaining good friends.

Harry is nominated for two awards at this year's BRIT Awards: best male solo artist and Mastercard album of the year. Keep reading to see his touching tribute on the red carpet.