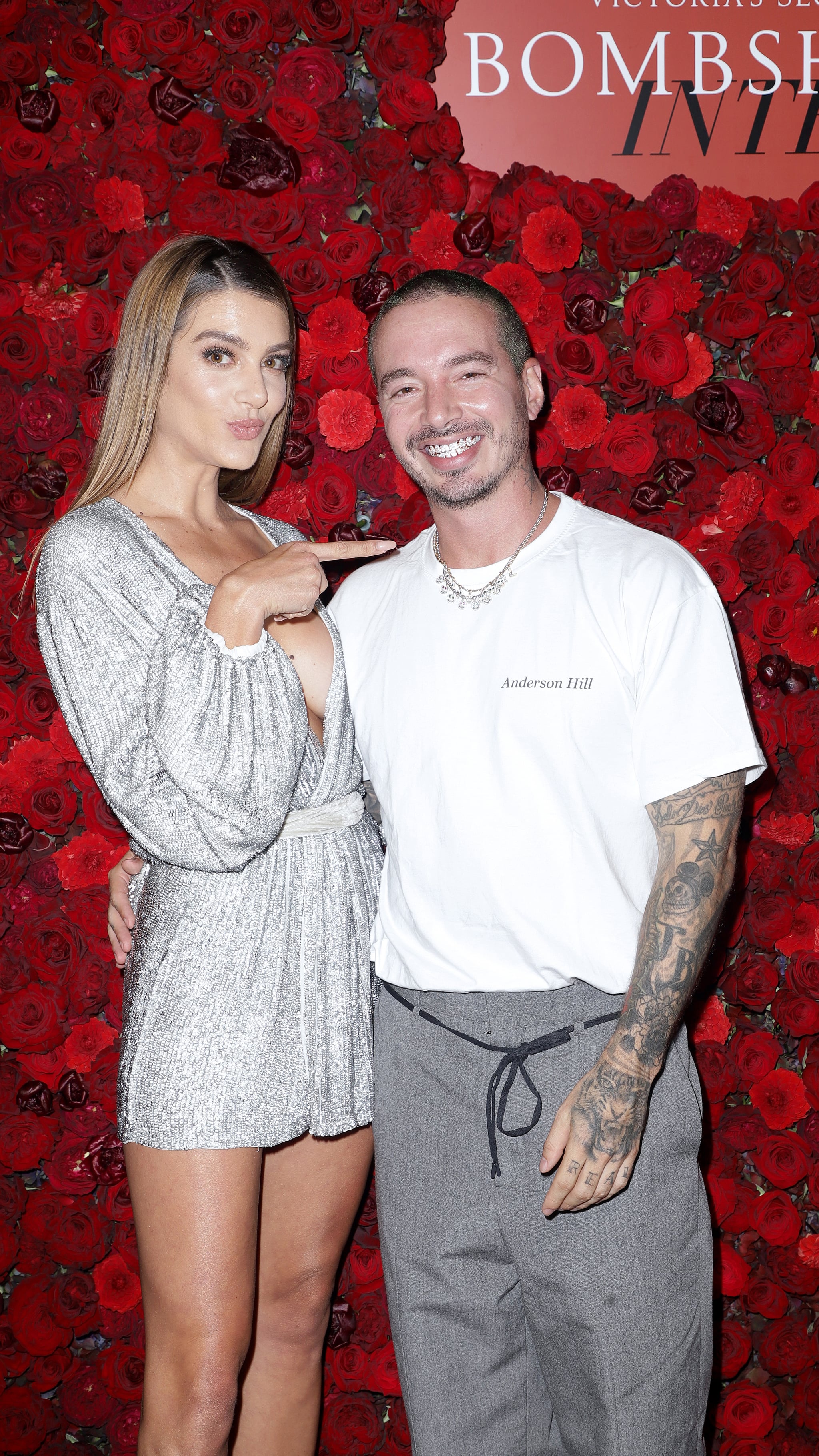 J Balvin is going to be a dad! On Thursday, the 35-year-old Colombian singer and his 27-year-old girlfriend, Valentina Ferrer, announced they are expecting their first child with a gorgeous black-and-white photo on the cover of Vogue Mexico. "Se va agrandado la familia 💗," the model wrote on Instagram, which translates to "the family is growing." In the stunning shot, J Balvin is shown cradling Valentina's growing belly, and in the accompanying interview, she opened up about how she realised that she was ready to become a mom.

"After quarantine, I said: 'This is my moment. No, not my moment. This is my baby's moment,'" Valentina said before revealing that J Balvin "froze" when she told him the news. "He was happy, but it was like a call from Zoom that does not work when the WiFi crashes. He stayed frozen. I told him in person, but that's how he reacted."