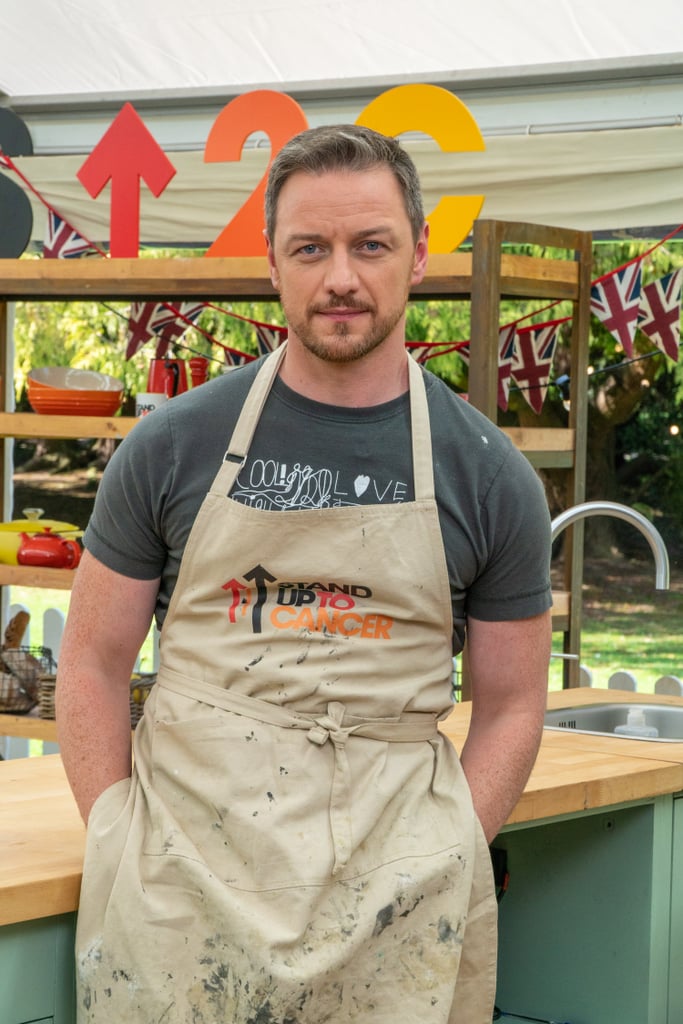 James McAvoy Showed Off His Stiff Peaks on Bake-Off, and Twitter Couldn't Cope

The Great Celebrity Bake-Off for Stand Up to Cancer returned to Channel 4 last night, and pretty quickly, it became clear that James McAvoy was the star of the show. On 16 March, the His Dark Materials actor appeared alongside a stellar line up of guests, including Olympic medallist Dame Kelly Holmes, comedian David Baddiel, and musician Anne-Marie, for the second iteration of Bake-Off's Stand Up to Cancer 2021 series. McAvoy's sheer existence on the show had the whole of the nation talking, and we must admit, they made some good points.

Viewers were quick to share pretty much every single thought they had about McAvoy on Twitter, and we're so glad they did, because their reactions were as hilarious as the episode itself. From bringing McAvoy's knowingly flirty comments to our attention (we know the peaks are stiff James, they're supposed to be) and reminding us about his piercing blue eyes to preparing their wedding speeches and thanking the GBBO gods for having him on the show, fans had a lot of thoughts about last night's episode.

Keep reading to see some of the best Twitter reactions from the show.