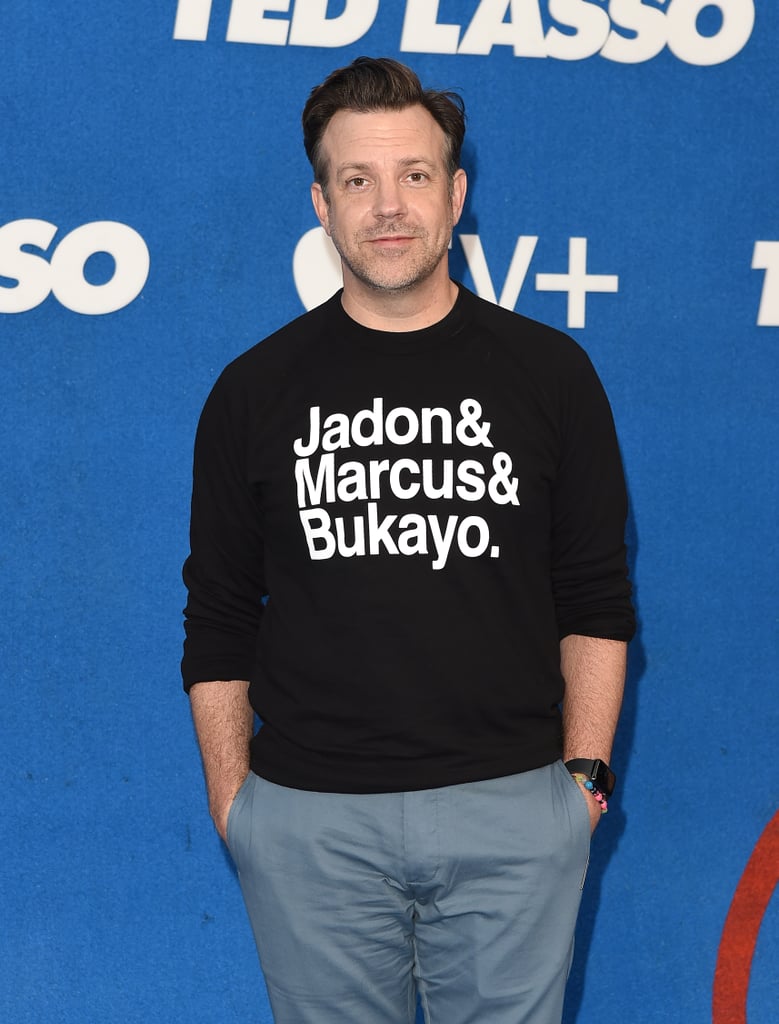 Jason Sudeikis has shown his support for footballers Jadon Sancho, Marcus Rashford, and Bukayo Saka following the horrific online racist abuse they all faced following the Euro 2020 final on 11 July.

During the Ted Lasso season two premiere in West Hollywood on 15 July, Jason stepped onto the red carpet wearing a black and white jumper with "Jadon & Marcus & Bukayo" written on the front, in support of the three England footballers. In Ted Lasso, Jason plays a coach of American football who is hired to coach an English football team despite his lack of experience or knowledge of the game. During the premiere, when asked about his outfit choice on the red carpet, Jason replied, "I'll let the shirt speak for myself."

This isn't the first time Jason has made a public statement through his clothes at a public event. During the 2021 SAG Awards, he wore a "My Body My Choice" Gucci jumper to highlight the importance of choice when it comes to women's reproductive rights.