If you still had any doubts that Jennifer Lopez and Ben Affleck are officially back together, we'll just let their recent date night do the talking. On Monday, the duo, who famously dated back in 2002, was spotted looking super cuddly as they made their way into Wolfgang Puck's new restaurant at the Pendry hotel in LA. Ben kept things casual in a T-shirt, jeans, and leather jacket, while Jennifer added a pop of colour to her wardrobe with a bright-pink jumper. The two looked completely at ease with each other as they held hands, stared lovingly into each other's eyes, and J Lo leaned into Ben's arms.

The recent outing comes after a whirlwind few weeks for the pair. Following Jennifer's split from Alex Rodriguez in April, the singer has been spending more and more time with Ben. Reports of their rekindled romance first broke in early May, and they were later spotted out together in Montana. While it's unclear what the exact status of their relationship is at the moment, it's obvious that they are getting pretty serious. "They will continue to travel back and forth between Los Angeles and Miami," a source told People. "They are very happy together. This is not a casual relationship. They are taking it seriously and want it to be long-lasting." As you soak up that bit of news, see their latest outing together ahead. 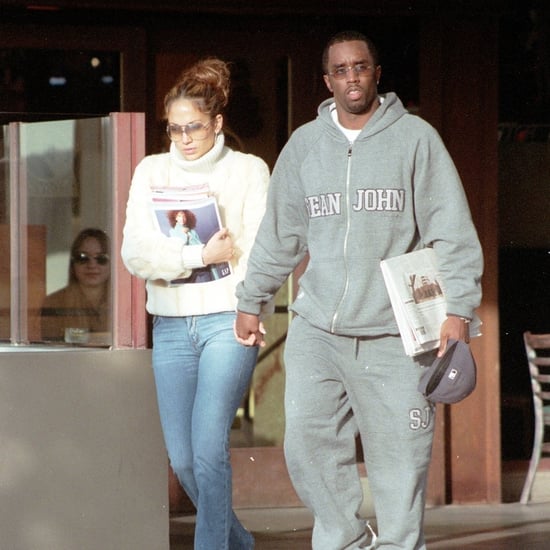 Celebrity Instagrams
Is Diddy Trying to Send Ex Jennifer Lopez a Message With This Throwback Photo?
by Monica Sisavat 2 weeks ago