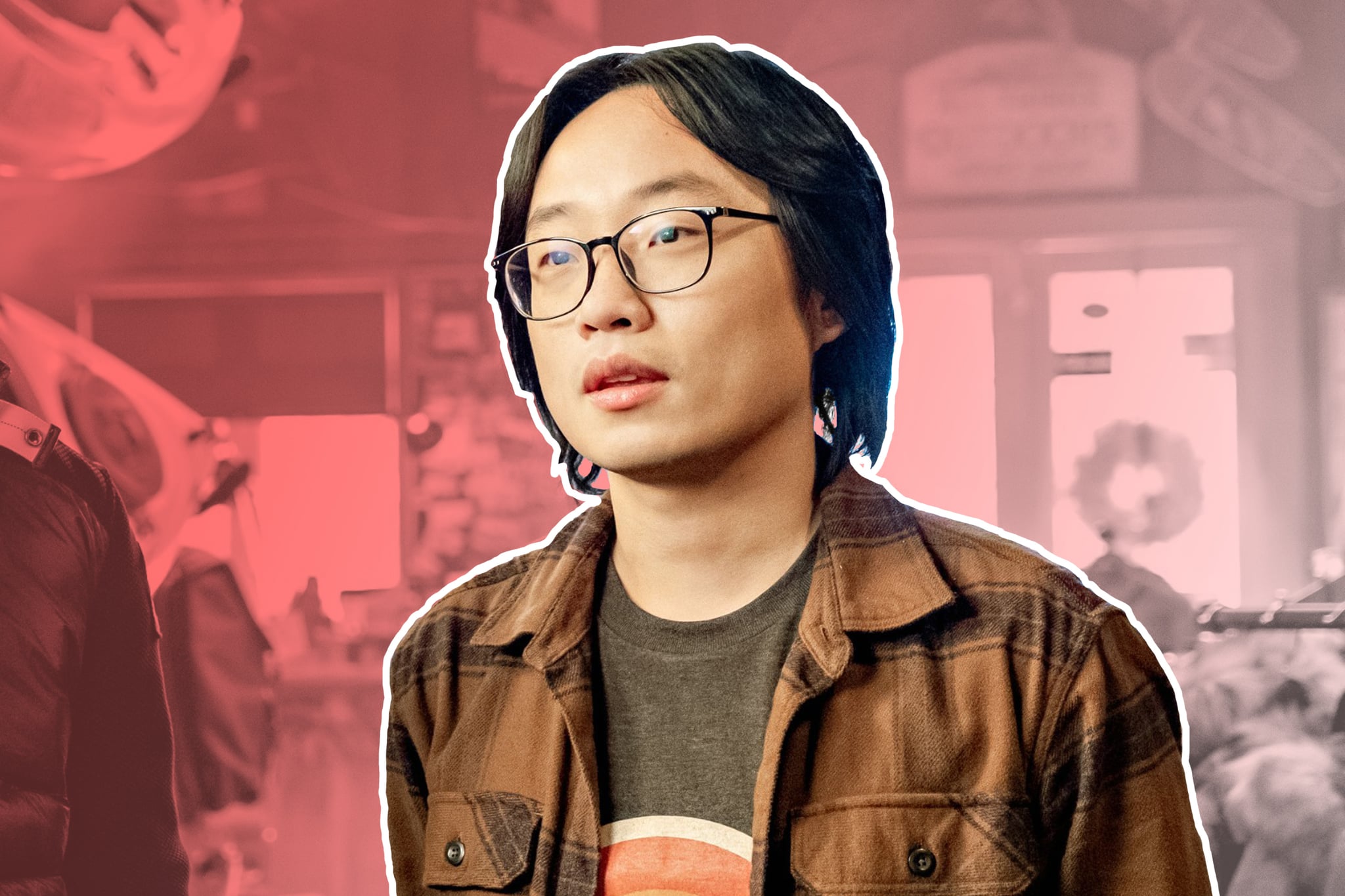 In our Q&A series POPSUGAR Crush, we get to know some of our favourite celebs' more intimate details — from their favourite flirty emoji to their most valuable relationship advice. This month, we're crushing on Jimmy O. Yang.

Jimmy O. Yang is known for his comedic roles on Silicon Valley and in Crazy Rich Asians, but now he's showing a whole new side of himself with Netflix's Love Hard. The holiday romantic comedy follows a young journalist from LA (Nina Dobrev) who takes a chance on love by travelling across the country to spend Christmas with a guy she matched with online (Darren Barnet). Everything seems good and well until she finds out the guy she's been messageing (Yang) has actually been catfishing her. While Jimmy is certainly no stranger to rom-coms, this is one of the first times we see him play the leading man, and we need Netflix to cast him in more starring roles ASAP.

"It was cool," Jimmy told POPSUGAR about stepping into the territory of a rom-com leading man. "There's definitely still comedy in this movie, so that's not lost, but at the same time, I really just get to dig into the humanity and the psyche of why someone would even catfish and find the humanity in this character, because if this person is not likable, the whole movie fails. So it was really interesting, even as an exercise in life, because I'm always the funny guy. I always joke about stuff and can't take a compliment. It's good for me to even absorb certain things and try to be cute and charming."

"For the underdogs out there, much like me, there is a chance."

As people tune into the film, Jimmy is excited for them to experience the "hope of love." "That's how I feel every time I watch rom-com," he said. "It's like, 'Ah, there is a shot for me out there or there is a chance out there.' For the underdogs out there, much like me, there is a chance. This role wasn't written to be a particular ethnicity. I think it's super awesome that they cast me as an Asian person and my [onscreen] family [is] an Asian cast. At the end of the day, it's about the underdogs."

Just as films like Crazy Rich Asians changed the landscape of rom-coms, Jimmy loves that the film is shaking up the genre. "Our movie is flipping some of the old tropes on their head and modernising it, which I really love," he said. "Rom-coms really define an era. If you look at Notting Hill, if you look at Love Actually, I can go back to when I was in high school. That was that era of rom-com. You see Crazy Rich Asians, that's like a revival era almost. It reflects or it jogs memories of great times in your life. As predictable as it sounds, it's usually always a happy ending. You go through an emotional roller coaster of crying, of rooting for someone, being disappointed by someone, and at the end, I feel like you always come away with a warm, fuzzy feeling." Read the rest of Jimmy's POPSUGAR Crush interview ahead. 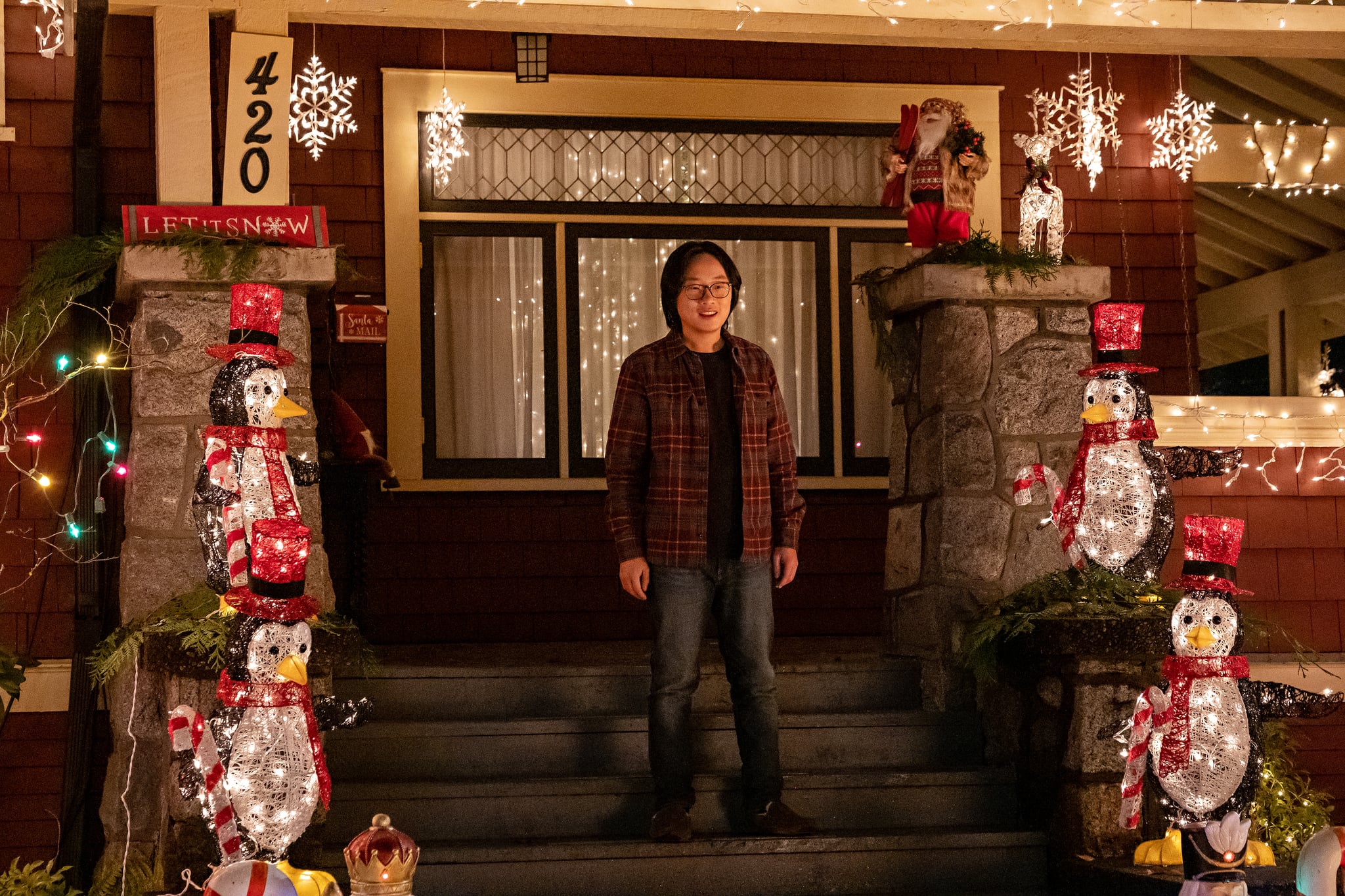 I grew up in Hong Kong, so I can name some Hong Kong celebrities you all don't know, but my first crush in high school when I came to America was Jessica Alba. I ended up doing a movie with her called El Camino Christmas, another Netflix Christmas movie, and she couldn't be nicer. I didn't tell her I had a poster of her in my room.

As a comedian, you try to avoid pickup lines. So I don't know if I have a favourite pickup line, but [I always like] the classic, super corny ones like, "Are you from Tennessee? Because you are the only 10 I see." I just like a good rhyme.

I love meditating and I love doing massages with a Theragun or a Kraftgun. Those are great. I've been working out a lot with the Oculus. I also consider Beat Saber with Billie Eilish self-care. After that, I let myself meditate and do a low massage.

I'm a big dog guy. I specifically love pugs. You can follow my pug @toffeestarpug on Instagram. I just think they're so cute. They're like little cartoon characters, so much personality. I don't dislike cats. I love cats. I love going to other people's houses and petting cats, but I like the excitement that dogs have when they see you.

My biggest turnoff is when people are constantly late or flaky and not on time. It doesn't have to be romantic. It could be a business thing or a thing with a friend. I just don't really like that at all.

My biggest turn-on is somebody that's well-travelled, willing to eat everything, just very cultured. Coming from a different country as an immigrant, I'm all about food. Whether it's Chinese food or something else, I just love to learn about other cultures, much like how I learn about American culture. So I love someone who is cultured. You don't have to have globe-trotted, but just be open-minded about things.

I order a plain matcha, no cream, no sugar, just matcha. Every morning I whisk a little matcha for myself. Coffee gets me too jittery, so I'm definitely a tea guy.

Maybe a nice dinner. I'm a big foodie. A chill joint where we can talk. No loud music. I used to love to go to this place called Busby's. It's not a full-on sports bar, but a little bar with mini golf inside and Skee-Ball. So I like to see if people are willing to just play and have fun and not be uptight.

Most romantic thing you've ever done:

I'm not that much of a romantic, I guess. I just went to Cleveland with my girlfriend for her brother's wedding. That was fun hanging out with her, spending time with her parents. I would like to think I made a lot of sacrifices that weekend. We had to fly Spirit Airlines because that was the only direct flight into Cleveland at the time. So that in itself was a massive sacrifice, having to sit on Spirit Airlines seats you can't recline to go hang out in my girlfriend's hometown.

I really enjoy all the Rich Curtis rom-coms. I love Notting Hill. It's such an unbelievable story. You really got to suspend your disbelief, but it's so beautifully done. Julia Roberts will always be one of my favourites. Maybe she was one of my first childhood crushes.

I like the modern stuff. I love the Mariah Carey song ["All I Want For Christmas Is You"] or ["Last Christmas" by] George Michael. Now it has to be the "Baby, It's Cold Outside" remix that me and Nina [Dobrev] sang [in the movie]. We actually had to record that in a studio and then lip-sync to our own recording later. So that was really interesting. That was my first ever real recorded song that I've ever done.