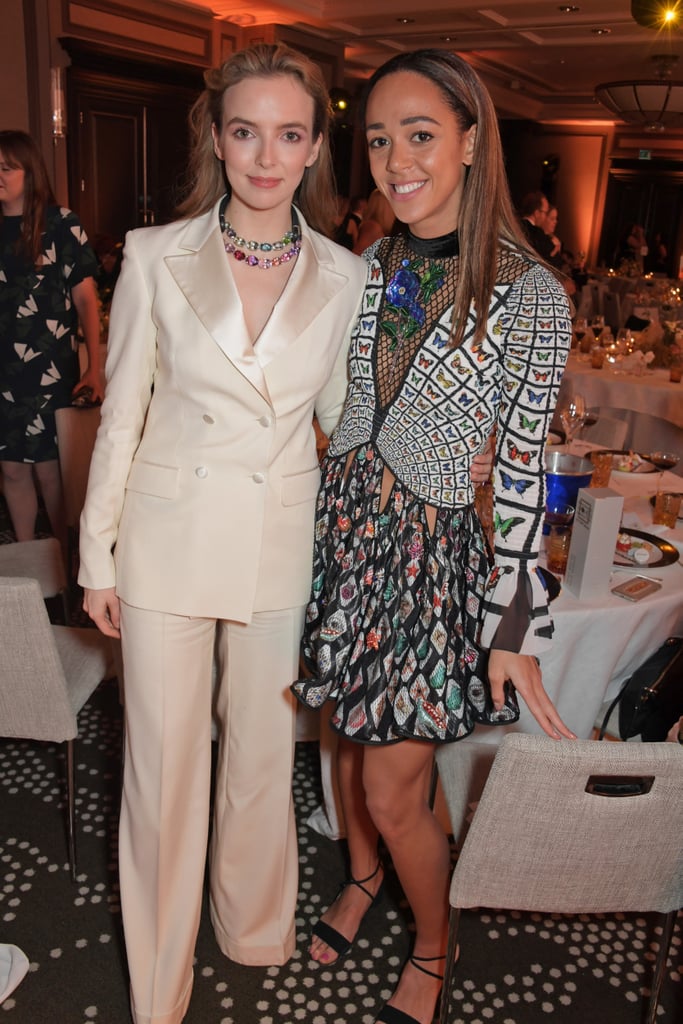 Jodie Comer and Katarina Johnson-Thompson are friends from way back, having both grown up in Liverpool in the '90s. And even though both women have had huge success in their respective careers in the years since, the pair have remained close. Posting photos on Instagram while out with their friends and cheering one another on through their successes (of which there have been many), their relationship has been, many times, the epitome of a supportive female friendship.

This year has been a big one for both women. First, with Katarina taking gold at the 2019 World Championships in October, breaking the British record and putting her at sixth on the all-time heptathlon lists. Meanwhile, Jodie won an Emmy for best actress in a drama series for her role in British spy thriller Killing Eve and promptly melted our hearts with her beautiful speech. While Katarina has been tipped for the 2020 Summer Olympics in Tokyo, Jodie will also be busy since Killing Eve has been picked up for a third season. Keep reading to see some of their sweetest friendship moments to date.

British Celebrities
Yes, That Was Liam Payne Performing at This Year's BAFTA Film Awards
by Navi Ahluwalia 3 hours ago