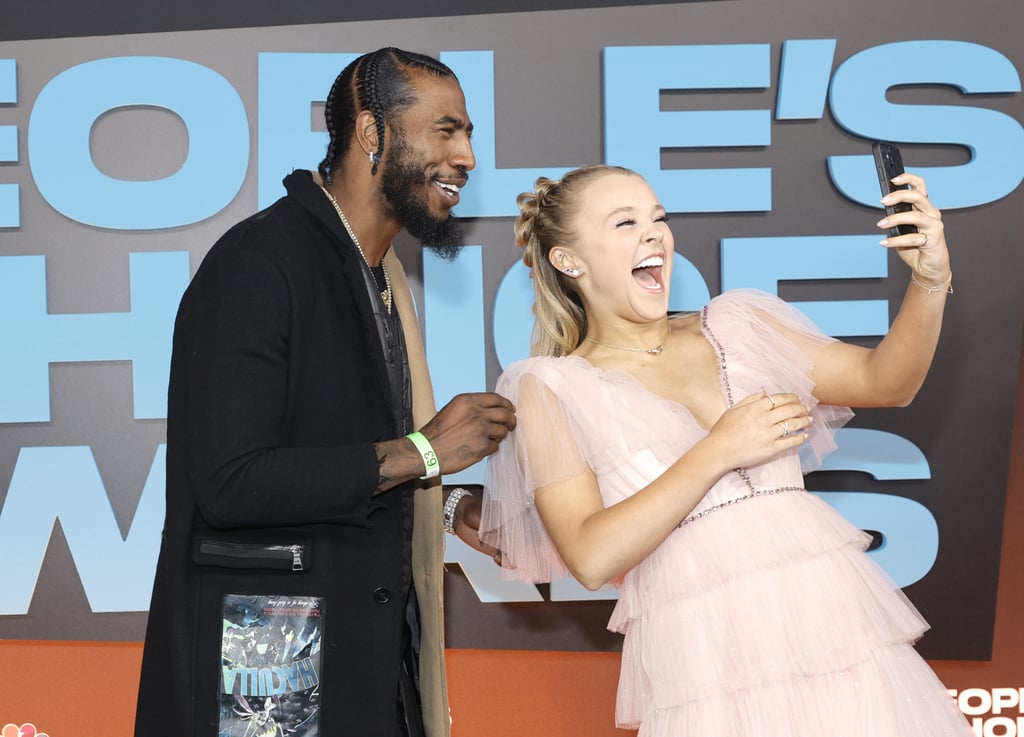 The latest season of Dancing With the Stars may have wrapped weeks ago, but JoJo Siwa and Iman Shumpert are staying in touch. The two competitors reunited at the 2021 People's Choice Awards on Dec. 7, posing for photos on the red carpet and laughing as they took selfies.

JoJo and Iman both had an impressive DWTS run, with JoJo being runner-up and Iman winning the whole thing. "I never thought I'd have a ballroom trophy," Shumpert told Entertainment Tonight after his win. "My mom wasn't able to come to the building, but I can't wait to put this in her hands so she can get a chance to enjoy this, because this is a tremendous honour to be part of such a brand." JoJo, meanwhile, made history by being part of the first same-sex dancing pair in the show's history.

See photos of their red carpet catch-up ahead.