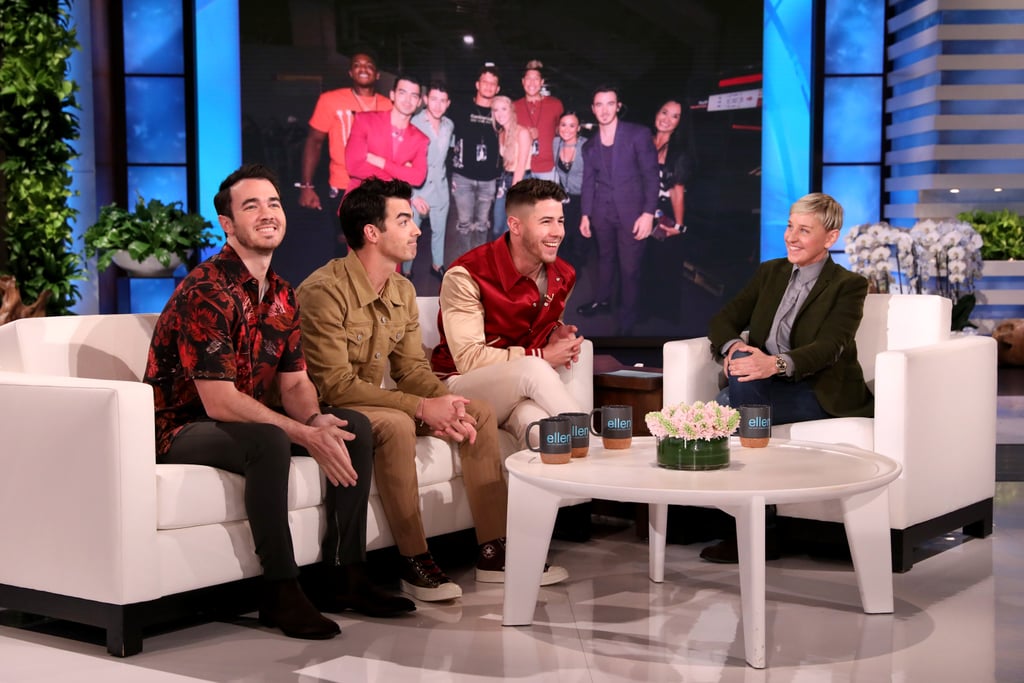 On Jan. 22, the Jonas Brothers stopped by The Ellen DeGeneres Show to discuss some of the exciting happenings in their lives. Things don't seem to be slowing down for Kevin, Nick, and Joe, who took to the talk show stage to chat about their Happiness Begins tour, Nick's new puppy, Gino, and their upcoming Grammy performance, which Nick says will be something "I don't think anyone is going to expect." The trio also opened up about their brilliant decision to re-create an iconic Keeping Up With the Kardashians scene on TikTok and reveal who thought of the viral video.

After the chat, the Jo Bros put their lip-reading skills to the test during a round of "Say Whaaat?" — a game in which Ellen DeGeneres states a sentence that must be passed down from player to player while they're wearing noise-canceling headphones. Ellen began by telling Nick, "Joe Jonas knows which brother will make their wife a mother because they are a really good lover." Right off the bat, Nick botches the sentence while attempting to repeat it to Kevin, and things only go downhill from there. Watch all the hilarity that ensues from their visit in the videos ahead!

Celebrity Quotes
Lucy Liu Recalls Standing Up to Bill Murray During On-Set Clash: "I Don't Regret It"
by Victoria Messina 1 day ago