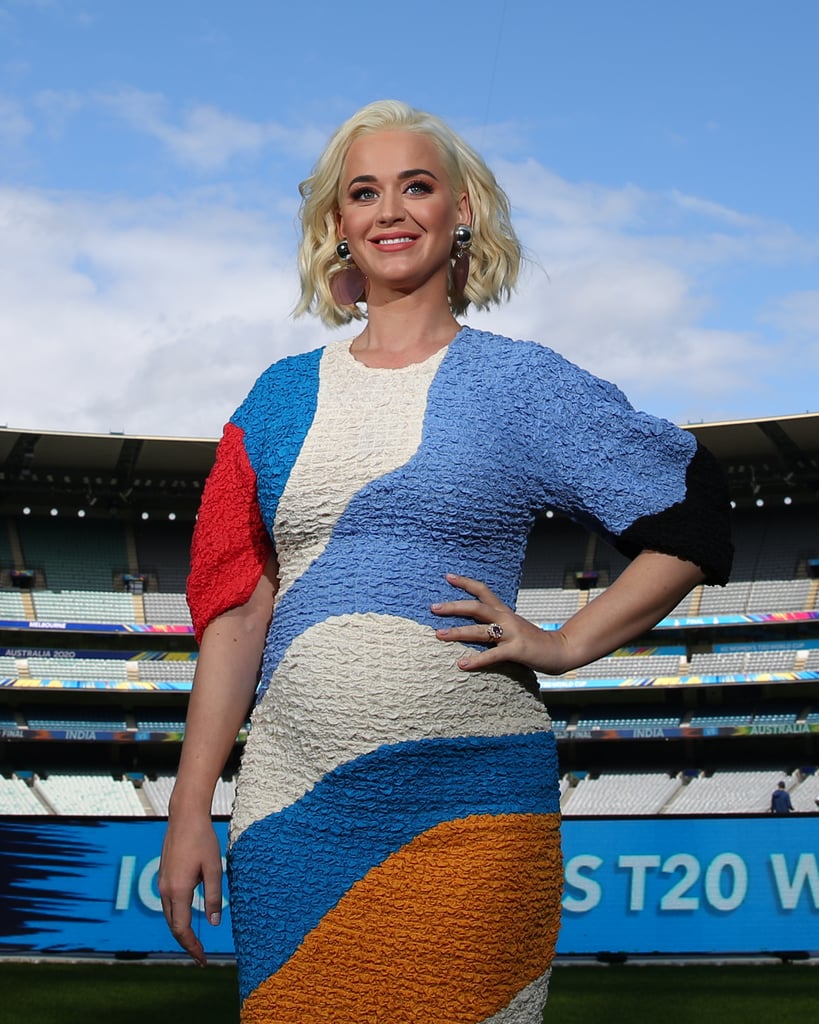 Katy Perry has that pregnancy glow! On Saturday, the 35-year-old singer made her debut public appearance since announcing she and fiancé Orlando Bloom are expecting their first child together. Rocking a colourful, form-fitting Mara Hoffman dress, Katy showed off her subtle growing baby belly in Melbourne, Australia, where she was rehearsing for her upcoming performance at the ICC Women's T20 World Cup Final on March 8. The American Idol judge appeared to be in high spirits as she snapped photos with athletes and posed for some solo shots.

Katy confirmed she's expecting in the "Never Worn White" music video on March 4. "Omg so glad I don't have to suck it in anymore," she joked on Twitter after the big reveal. While this will be Katy's first baby, Orlando shares 9-year-old son Flynn with ex-wife Miranda Kerr. Look ahead to see Katy proudly modelling her pregnancy ahead of her World Cup stageing!

Related:
17 Photos That Show Katy Perry and Orlando Bloom's Romance Is Out of a Teenage Dream
Previous Next Start Slideshow
Katy PerryCelebrity Pregnancies

Celebrity Beauty
Katy Perry's Perspective on No Makeup Deserves an Applause: "I'm Good. I Know Who I Am."
by Perri Konecky 1 week ago

Celebrity Interviews
Teenage Dream: Katy Perry Reveals the Advice She'd Give to Her "Boy Crazy" Younger Self
by Karenna Meredith 4 weeks ago