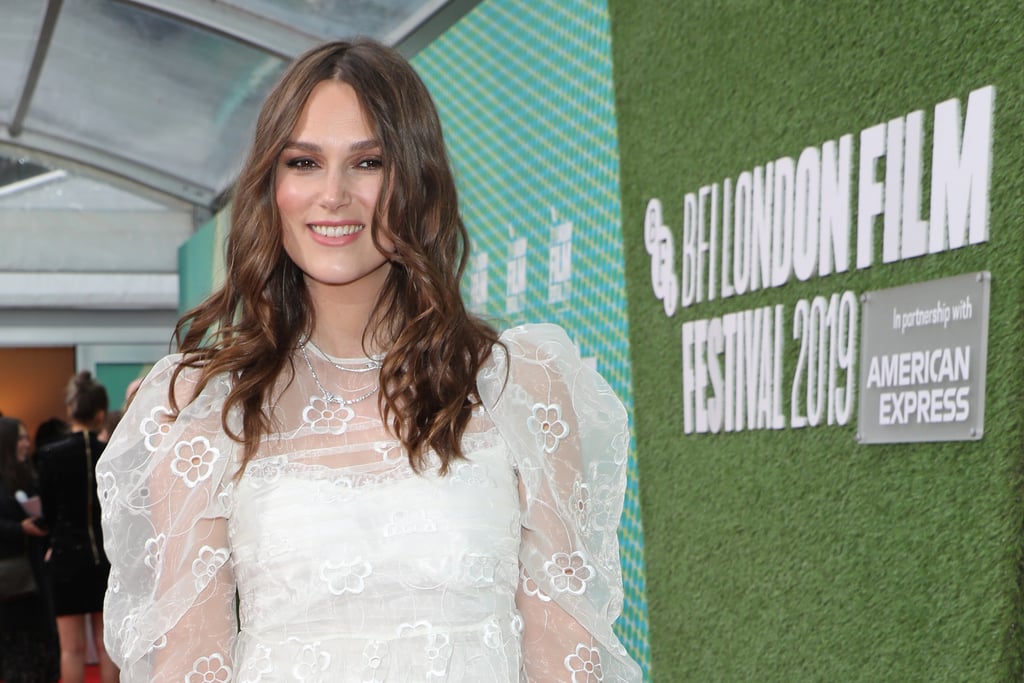 Keira Knightley hit the red carpet during the London Film Festival on Thursday, when she attended the premiere of her new film, Official Secrets. It was Keira's first red carpet appearance since giving birth to her second child with husband James Righton, and she looked radiant in a white Simone Rocha dress and gold sandals. News of Keira's pregnancy came in May, when she attended a Chanel event and showed off her growing belly. The couple have made no official announcement about the birth or confirmed the name or sex of the baby but they were apparently spotted taking a walk with the new arrival in London in mid-September. Keira's latest appearance confirmed that the little one has indeed arrived, a sibling to the couple's 4-year-old daughter, Edie.

Official Secrets, which is based on a true story, sees Keira starring as Katharine Gun, a translator who became a whistleblower when she leaked a private memo containing damning information regarding the United States's push for the 2003 invasion of Iraq. Katharine herself also attended the premiere, and she and Keira posed together on the red carpet. Keep reading to see those photos, plus plenty more, ahead.