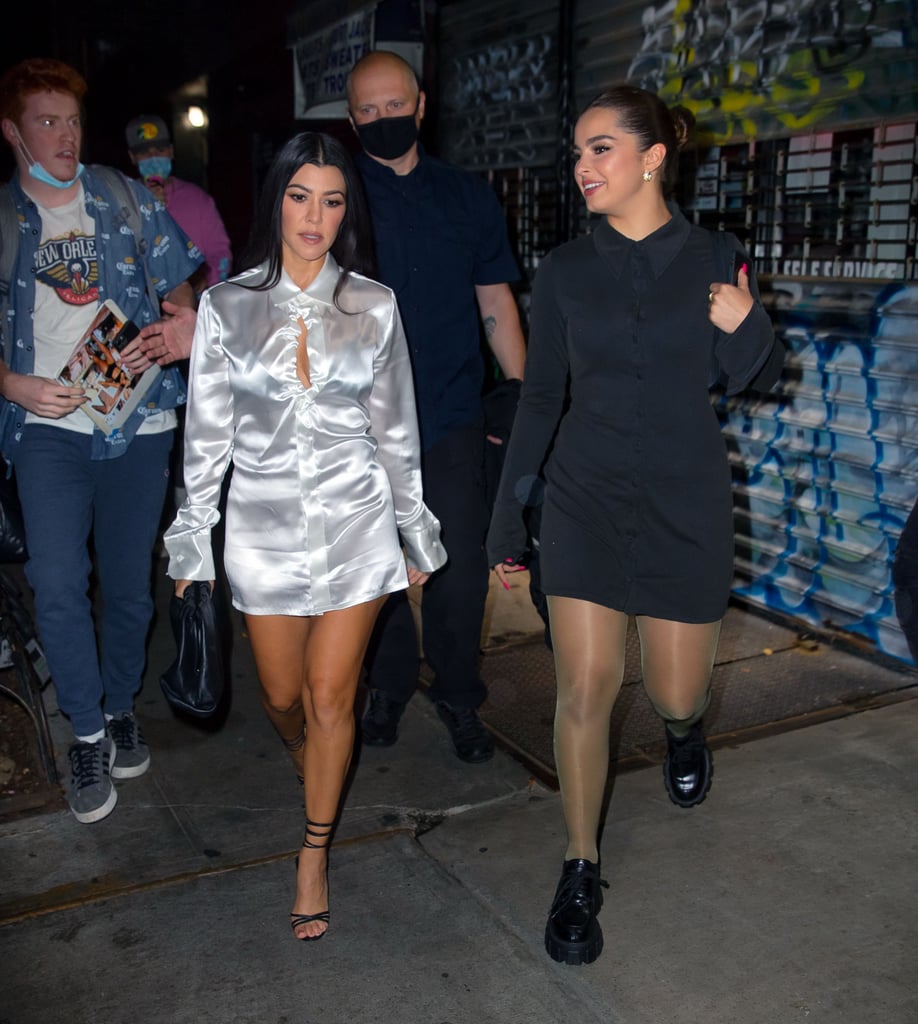 Kourtney Kardashian's newfound friendship with TikToker Addison Rae is at the centre of Keeping Up With the Kardashians this week. In a sneak peek of Thursday's episode, the family decides "to get to the bottom of Kourtney and Addison" by inviting the 20-year-old over for lunch to "ask some more questions and get to know her more." Naturally, things get awkward pretty quickly, with Scott Disick asking Addison whether she's ever been arrested and Kim Kardashian admitting that she wondered whether they were secretly hooking up. "No, we're not," Addison declared of her friendship with the 41-year-old mom of three. "It's just very weird that that's what the impression was."

So, how did this unlikely friendship come to be? Turns out, the two met through controversial YouTuber David Dobrik last year. "I met Kourtney through a friend — through David — and we had surprised Mason because Mason liked my videos on TikTok," Addison said in a previous interview. "We got really close and we started working out together. We did a video on her YouTube of us doing a butt workout and stuff, so that was fun." Addison later opened up about their "great" friendship to Entertainment Tonight, saying Kourtney has "been a great person to have in my life." Addison continued, "She said in my YouTube video that I had great energy that she liked to be around. I think she has great energy as well and she has so much experience in her life that I can really just look at and kind of learn from."

Addison's debut on KUWTK comes just weeks after her appearance on The Tonight Show Starring Jimmy Fallon, where both Addison and Jimmy Fallon received major backlash for a choreography skit that featured some of TikTok's most popular dances. The sketch faced criticism as many wondered why the creatives who actually originated the dances weren't asked to appear on the show or given the proper credit. 10 days later, Jimmy finally corrected the situation by inviting the TikTok dancers on his show. Addison then shared a screenshot from the segment on her Instagram Stories, writing, "so happy these creators were able to be highlighted, I hope we can all dance soon . . . show them love!" Perhaps next time we can just start by doing the right thing and giving credit where it's due — sound good?

Award Season
Silk Sonic Performed "Fly As Me" at the Soul Train Awards, and It's Just As Smooth As You'd Imagine
by Princess Gabbara 19 hours ago