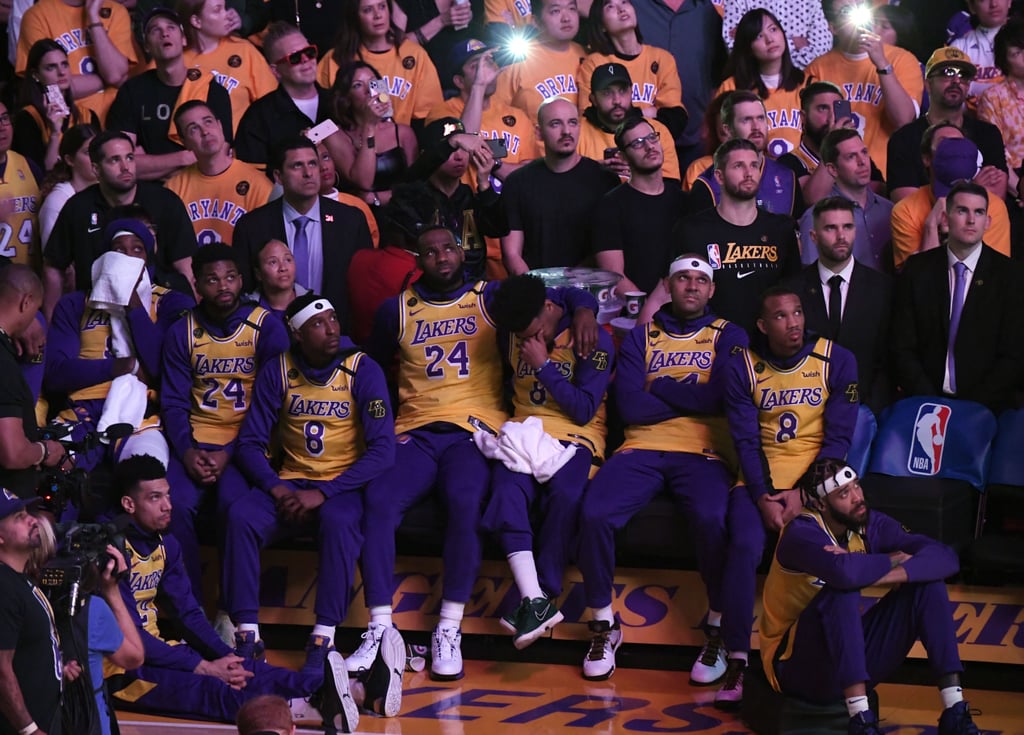 Every Heartbreaking Moment From the Lakers' Tribute Ceremony For Kobe Bryrant

The Staples Centre was full of emotion on Friday night. The Los Angeles Lakers came together to honour Kobe Bryant and his daughter Gianna "Gigi" Bryant, who were two of nine victims killed in a helicopter crash on Jan. 26. The tribute ceremony, Remembering Kobe, marked the first Lakers game since the NBA legend's death.

Usher, Boyz II Men, Charlie Puth, and Wiz Khalifa where among those who performed tributes. Additionally, LeBron James took the court to deliver an impassioned speech about the empire Kobe built during his 20-season career as a Laker. Ahead of the game, LeBron and his teammates wore warm-up jerseys with Kobe's numbers "8" and "24," and moments before tip-off, every starter was announced as Kobe Bryant in lieu of their names. Kobe and Gigi's basketball jerseys were also draped over two courtside chairs with flowers resting on the seats.

Kobe's impact was also felt by the Lakers' opponent of the evening, the Portland Trail Blazers. All-star guard Damian Lillard channelled the Mamba Mentality and delivered a Kobe-like performance with 48 points, 11 assists and 9 rebounds. "It was only right for us to pay our respect pregame and then go out there and honour him by competing at a higher level, and I thought both teams did that," Damian told ESPN after the game. Look ahead to see every moment from the moving ceremony.

Related:
All the Celebrities We've Said Farewell to in 2020
Previous Next Start Slideshow
RIPCelebrity DeathsKobe Bryant 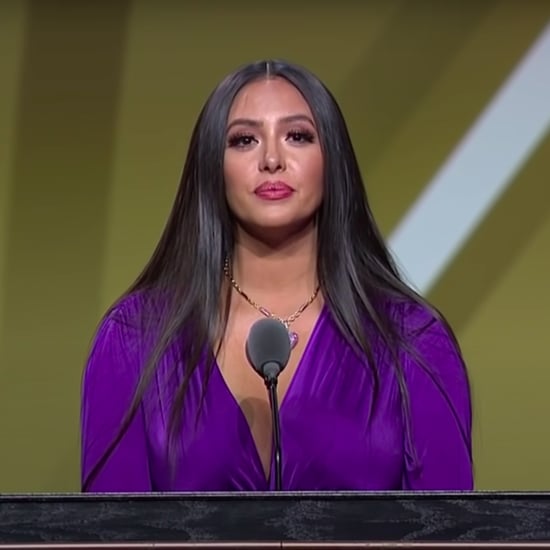