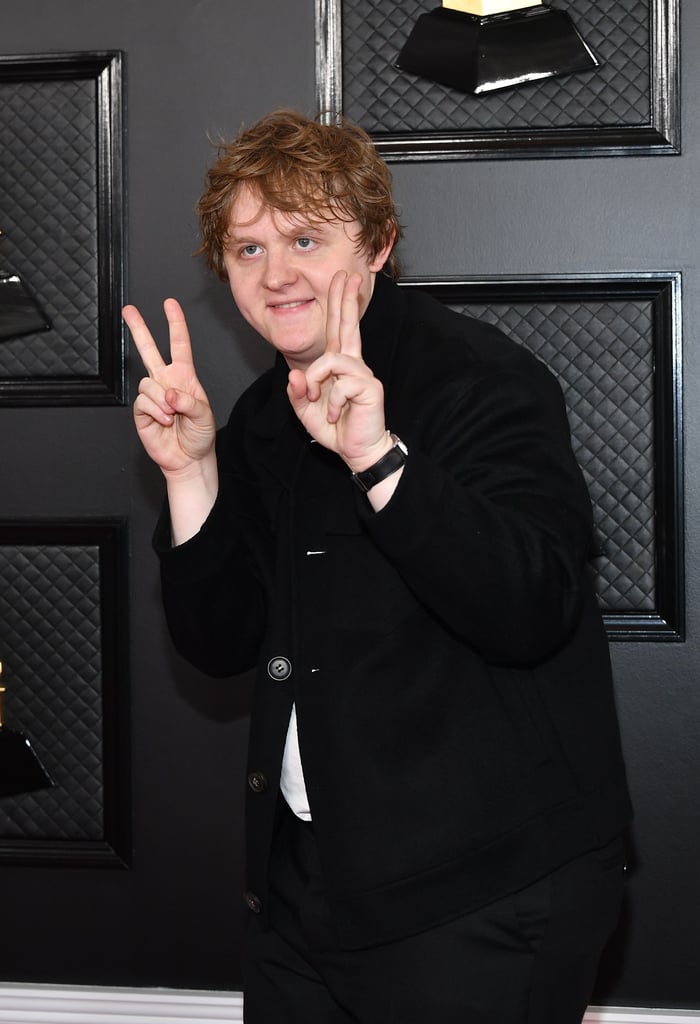 Can Every Celeb Please Own the Red Carpet Like Lewis Capaldi Did at His First-Ever Grammys?

Most celebrities pose for the cameras by flashing a simple smile or placing one hand on their hip. But Lewis Capaldi plays by his own damn rules. While attending his first-ever Grammys on Sunday, the 23-year-old artist walked — nay, owned — the red carpet, giving us life by striking some seriously hysterical poses. He threw peace signs. He dropped it low as if he dropped something on the carpet. Oh, and he also gently held his midsection as if he were pregnant — ha!

The "Someone You Love" singer, who's nominated for song of the year, kept up the funny shtick during a pre-show interview, humbly joking that his career would soon be "in a tailspin" and that he's a one-hit wonder. "Imagine Adele and she's a guy and she's not as talented, and that's me," he said of his "sad" music.

Of course, this isn't the first time Lewis has been unapologetically himself on the red carpet. Just a few days before the Grammys, he attended the Spotify Best New Artist Party, where he shared his LOL-worthy reaction to being nominated for his first Grammy award. "Imagine eating a whole chicken parmesan, lying down, [watching] Game of Thrones before it was finished. You're lying there, your belly's bloated, the TV's on, and you're thinking, 'You know what? This is the life.'" Ahead, see all the frame-worthy photos of our new favourite red carpet king relishing in his Grammys debut.