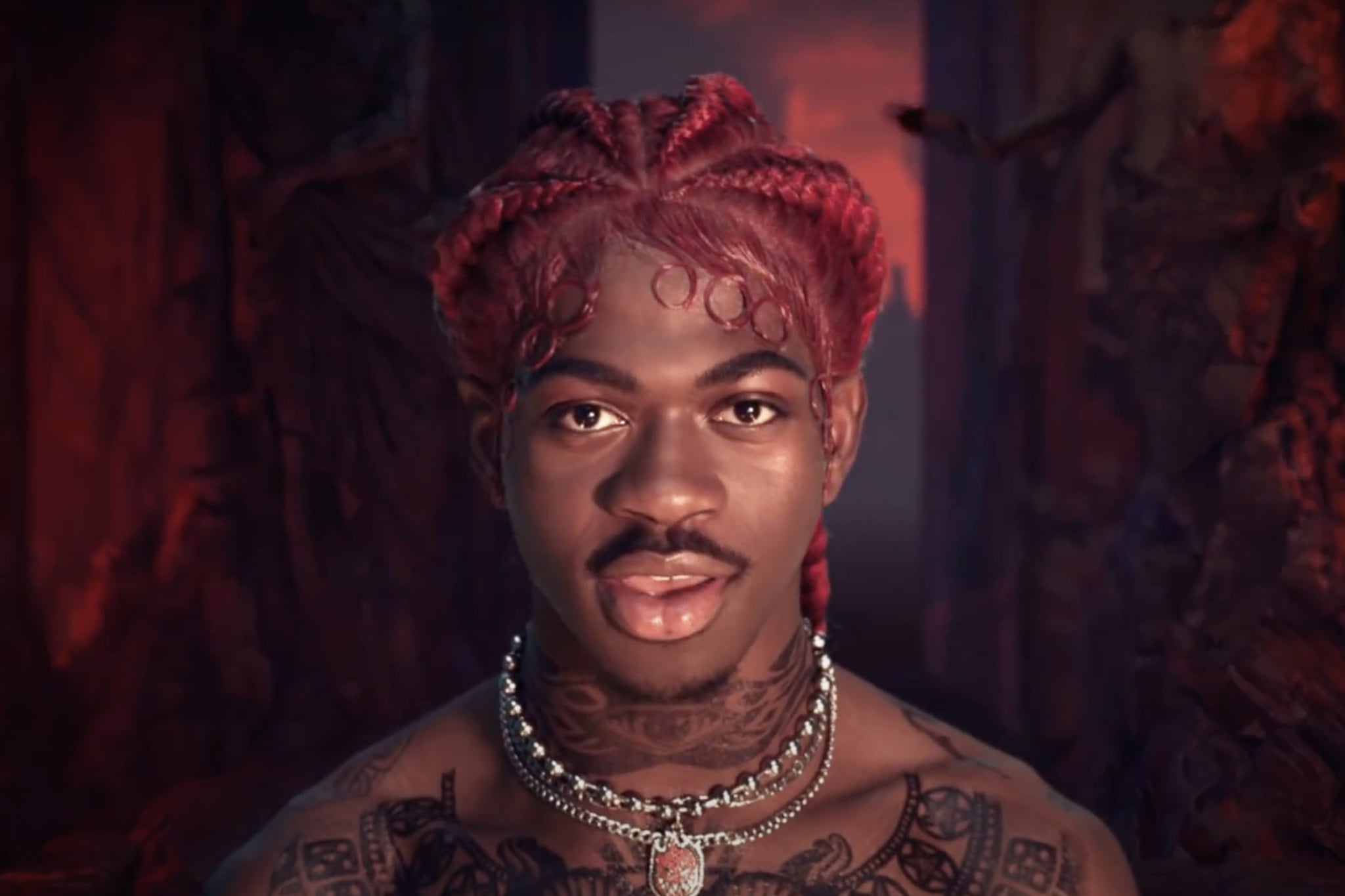 "In life, we hide the parts of ourselves we don't want the world to see. We lock them away. We banish them. But here, we don't. Welcome to Montero."

And from there, chaos.

Lil Nas X is an unorthodox kind of celebrity. At this point, he's become a music star and mega-influencer. 2019's record-breaking "Old Town Road" paved a way for the original TikTok glory-story, or "the blueprint" as some would say, and for a new way of spreading music. Since then, X has entertained us while peeling back layers of his identity to show that he has big big plans for the future — and so should we.

I believe shame to be one of the tallest monuments one can build for themselves, and there is such a specific type of shame that comes with queerness. Many of us have been taught that if we pursue our desire to be loved, the consequence is not only social and mortal marginalization, but eternal damnation.

"The next thing I knew, my youth pastor was casually suggesting celibacy to a 15-year-old while sipping on a latte."

Like many, I've learned how difficult this dismantling of shame can be. When I came out in high school, let's just say there weren't many gasps in the hallways. But what I did receive was a lot of "You know that's wrong, right?" And as happens in small towns, rumours eventually spread to the church and the next thing I knew, my youth pastor was casually suggesting celibacy to a 15-year-old while sipping on a latte.

In retrospect, oh my god.

But at the time, because of pressure from these peers, friends, and family members, I built massive mental walls. Once a young person trying to discover who I was, with a vast land of opportunity before me, I became imprisoned in a labyrinth of fear.

As quickly as Lil Nas rose onto the scene, rumours and social media background checks began. Twitter users quickly outed the covert newcomer as the face behind a popular Nicki Minaj stan account. He initially denied the claims, but after coming out as gay, Lil Nas eventually admitted to being a fan of Minaj, saying he denied it because "The rap/music industry ain't exactly built or accepting of gay men yet." The queen of rap responded to X directly saying, "It was a bit of a sting when you denied being a barb, but I understand. Congratulations on building up your confidence to speak your truth."

And with a knighting from the queen herself, Lil Nas X became Lil Nas X, breaking records and the barriers of genre while the world either hopped on his horse or not.

Last November, Lil Nas revealed his next single would be titled "Montero (Call Me By Your Name)." Of course, we stayed ready. And when he finally dropped the video and single on March 26, it ignited a firestorm of controversy.

By now, you've probably seen clips of a tattooed and stilettoed Lil Nas backed up and spread-legged to the devil. Or maybe you've seen the memes of him impressively pole-dancing from the heavens. The whole video is an outrageous, campy, profane performance. I mean, he's literally in drag. And all this bipolarity of reactions, the way everyone feels the need to side and explain it, is what the video was supposed to do.

If Christians are going to damn the gay to hell, Lil Nas might as well do what he enjoys while he's down there. As the larger motif of CMBYN turns religious LGBTQ+ hatred back in on itself, it also seems to be a motif that Lil Nas has taken on himself and in his career.

"I wrote a song with our name in it," Lil Nas wrote, in a statement released via Twitter shortly after the video dropped. "I know we promised to never come out publicly, i know we promised to never be 'that' type of gay person." X acknowledges himself that people will be angry at him for his video and say he is pushing an agenda. "I am. The agenda to stay the f*ck out of other people's lives and stop dictating who they should be."

At 23, I am still navigating ways to break down the walls I've built up, allowing myself to envision a future, one with actual coffee dates and boyfriends and sex and breakups. It's a common saying, that queer people spend their 20s and 30s making up for the time they were in the closet. I don't think it's fair to pass down pain like that, and I don't think Lil Nas thinks so either.

He's drawn a line in the sand, demanding not only that queerness have space, but that queer-hate does not.

As the discourse surrounding Montero will continue for months to come from supporters and haters, I think what Lil Nas X has done is a lot more pervasive than the creation of a single antagonistic video: he's drawn a line in the sand, demanding not only that queerness have space, but that queer-hate does not.

Lil Nas sticks by his art and its message — and he sells the hell out of it. Even within modern forms of wokeness, there's still a hesitancy not to step on toes, to accept whatever scraps of good fortune are thrown at us. But I think Lil Nas is asking us to do more than settle. He is preparing a feast in the face of our enemies, lifting us off the ground and offering us a seat at the table where there is more for us than we could imagine.

I remember way back when Nicki Minaj first came onto the scene. Every media outlet had a critique about her performances being too strange or her outfits being outrageous, pushing the line, doing everything in their power to barrier a rising woman in industry. Today, it'd be disrespectful and untrue to say Nicki didn't pave a way for many of the female rappers that we are so casually able to consume via TikTok challenges or making scenes on Grammy stages. (I'm looking at you WAP and the giant heel.)

Like mother like son, the same could be said about Lil Nas X. It's hard to imagine a future where there is no more gay debate or, even further, a heaven or hell. But I think, for the betterment of humanity, we have to. We have to raise the bar of expectation, of what we will take and what we won't. All of us have to break down the walls we perceive we're living in to demand a better future, one Montero is pointing us towards.

BTS
Here's BTS's Permission to Dance On Stage Concert Setlist, For Your Listening Pleasure
by Kelsie Gibson 19 hours ago

Lil Nas X
Lil Nas X Now Has His Own Damn Day in Atlanta, So What Could Possibly Be Next?
by Kelsey Garcia 3 days ago