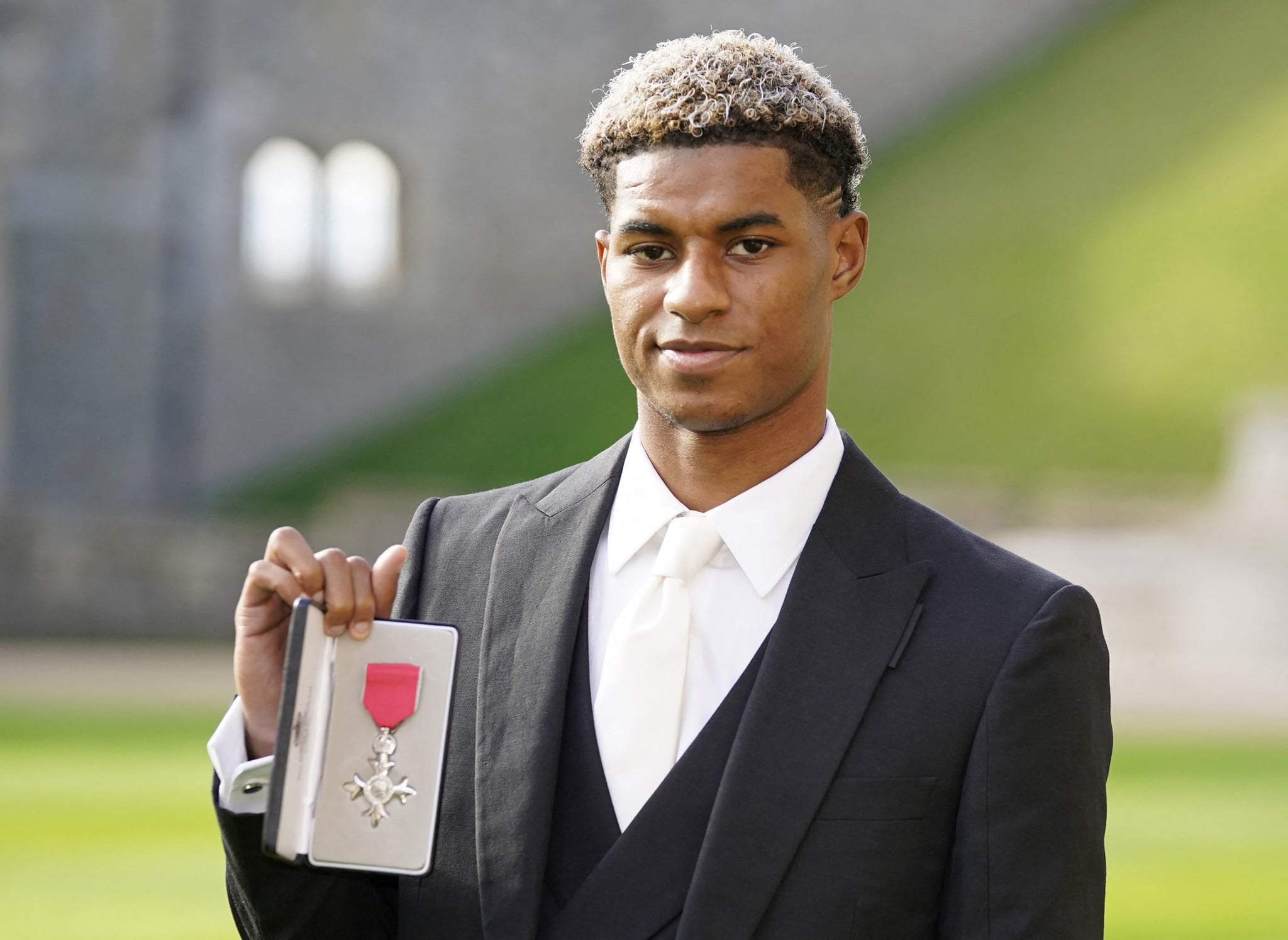 Marcus Rashford has finally been given his well-overdue MBE, after first being included in the Queen's birthday honours list back in October 2020. The Manchester United striker attended the ceremony at Windsor Castle along with his mum, Melanie Rashford, on 9 Nov., where he received his MBE from Prince William.

Rashford has been a role model for thousands of people as a result of his many charitable efforts, most notably his 2020 campaign to encourage the government to continue providing free school meals to children. The player's social media campaign was then added to the GCSE curriculum, with students set to examine Rashford's positive online presence and how it led to government policy changes. He's also worked with Burberry to fund grants for local and international youth organisations. Essentially, if there was anyone deserving of an MBE, it'd be Marcus Rashford, and we're so pleased to see the player finally getting the recognition that he deserves.

According to BBC, Rashford — who wore a Burberry morning suit for the occasion designed by the brand's chief creative officer Riccardo Tisci — said post-ceremony that he'd be giving the MBE to his mum and that he'll continue to campaign to give children the things he didn't have growing up. "I see a generation that is coming after me as a very special generation. They just need a bit of guidance and pointing in the right direction and what I am doing is giving them that," he said.

For pictures of Rashford at the ceremony, keep reading. 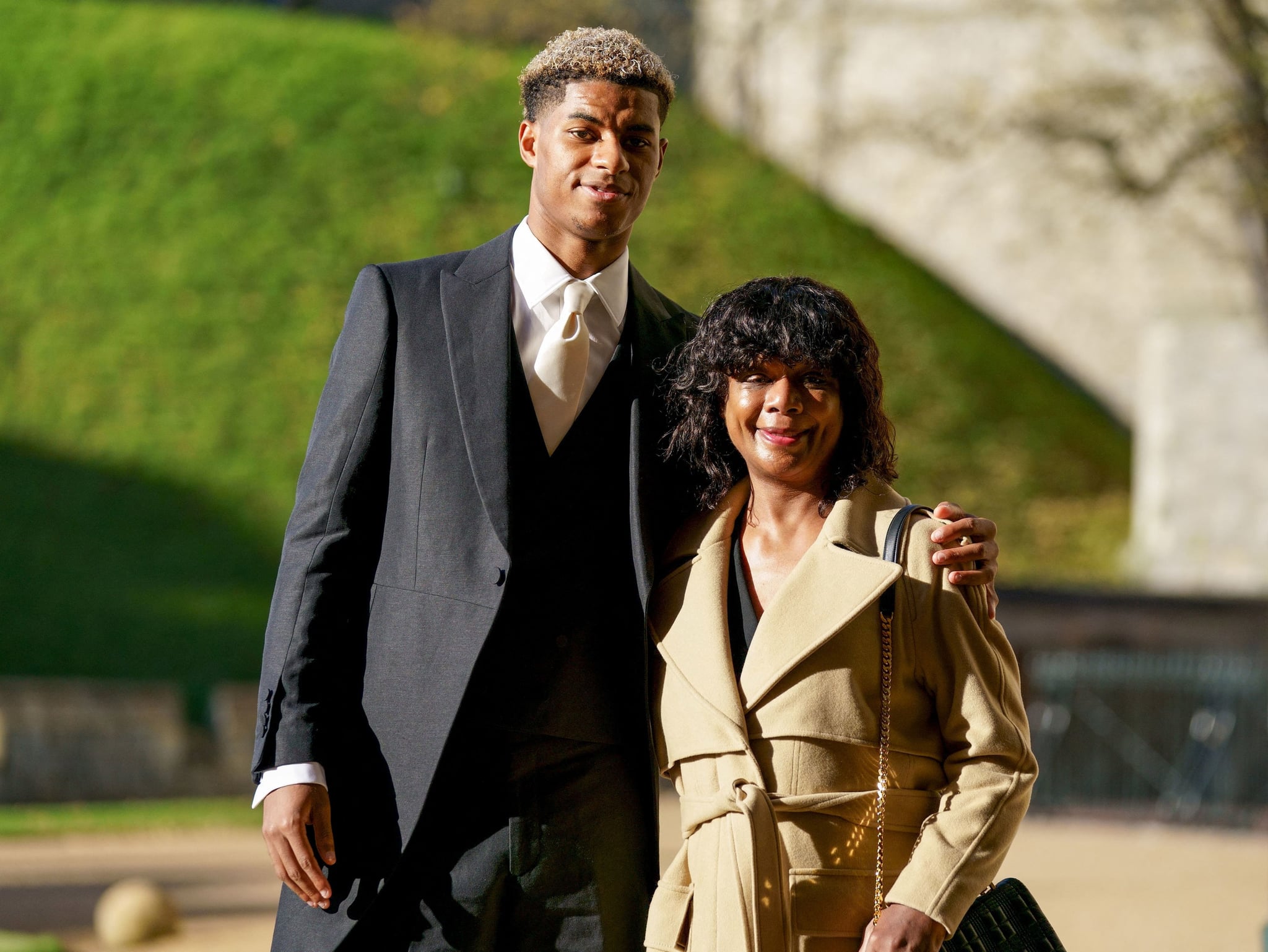 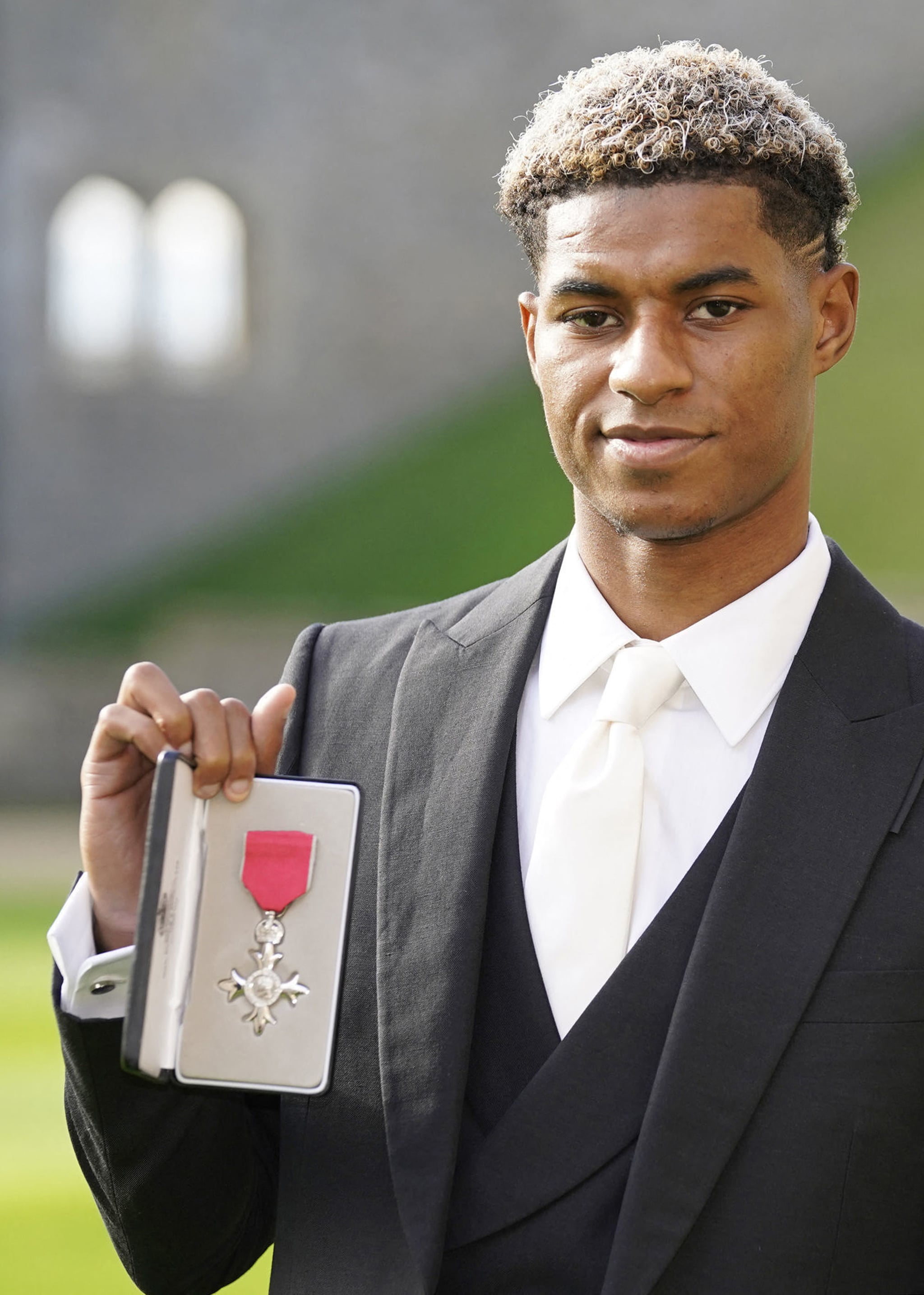 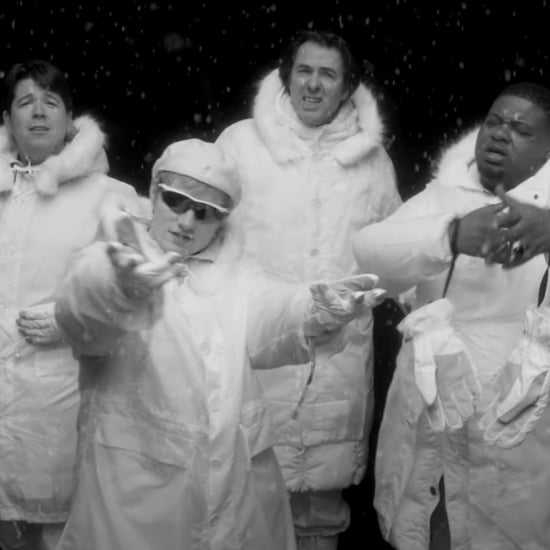