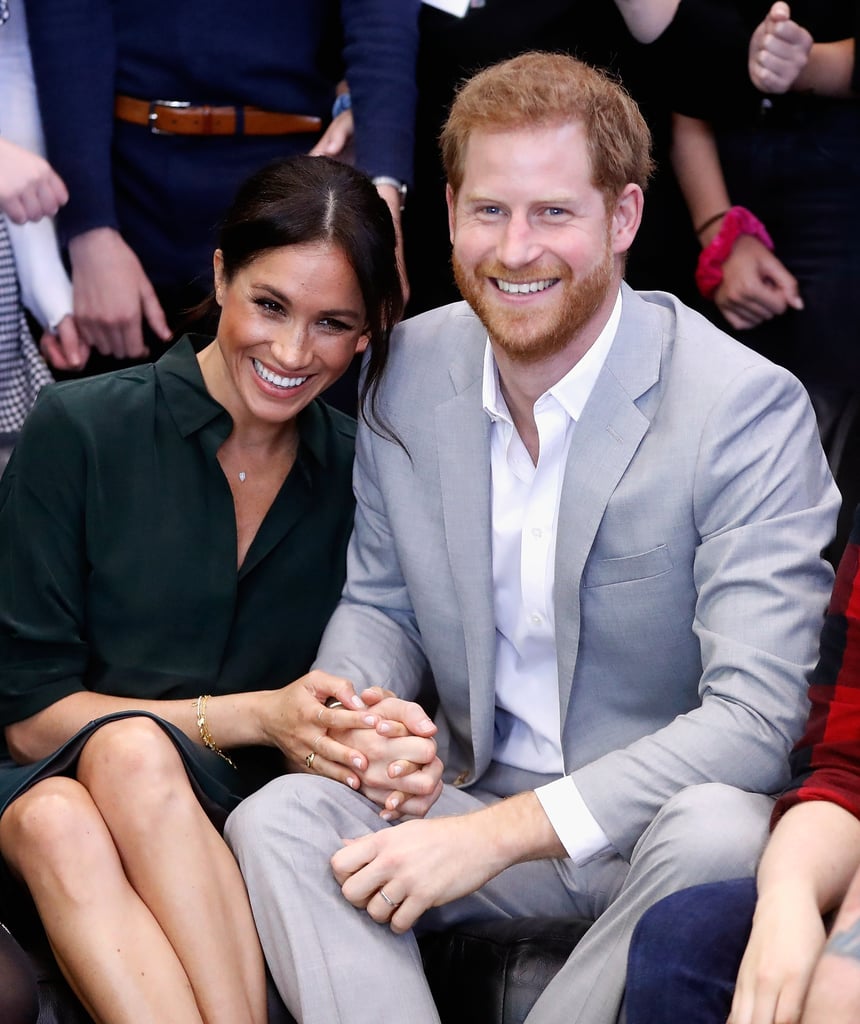 We always love hearing about royal nicknames. For some reason, this small glimpse into their private lives — a detail as simple as a very sweet yet obvious nickname — is enough to remind us that the royal family aren't as different from us as we think.

During Prince Harry's surprise appearance on The Late Late Show on Thursday, host James Corden FaceTimed Meghan Markle while they were touring the home that was previously featured on The Fresh Prince of Bel-Air. When Meghan asked Harry how his tour of LA was coming along, she revealed her cute nickname for him as she called him "Haz." "Haz, how's your tour of LA going?" Meghan asked. "Haz?" James asked. "I didn't know we were calling you 'Haz' now," he told Harry, to which he quipped, "You're not my wife." But Haz isn't Meghan's only nickname for Harry.

While answering a question in a 2019 interview with Tom Bradby during ITV's documentary Harry & Meghan: An African Journey, the Duchess of Sussex let slip that her sweet nickname for Harry is "H." "I've said for a long time to H," she said, before whispering, "That's what I call him." Tom appeared to encourage her to continue with answering his question, quietly reassuring Meghan, "It's alright." She awkwardly laughed and carried on with the tough interview, where she discussed her difficulty with adopting the "British sensibility of a stiff upper lip."

Meghan wore an "H" and "A" necklace for her boys while cheering on her long-time friend Serena Williams at the US Open that same year. It was a sweet way to honour Harry and son Archie while away; we're sure they're never far from her mind. It's all in the details, right?