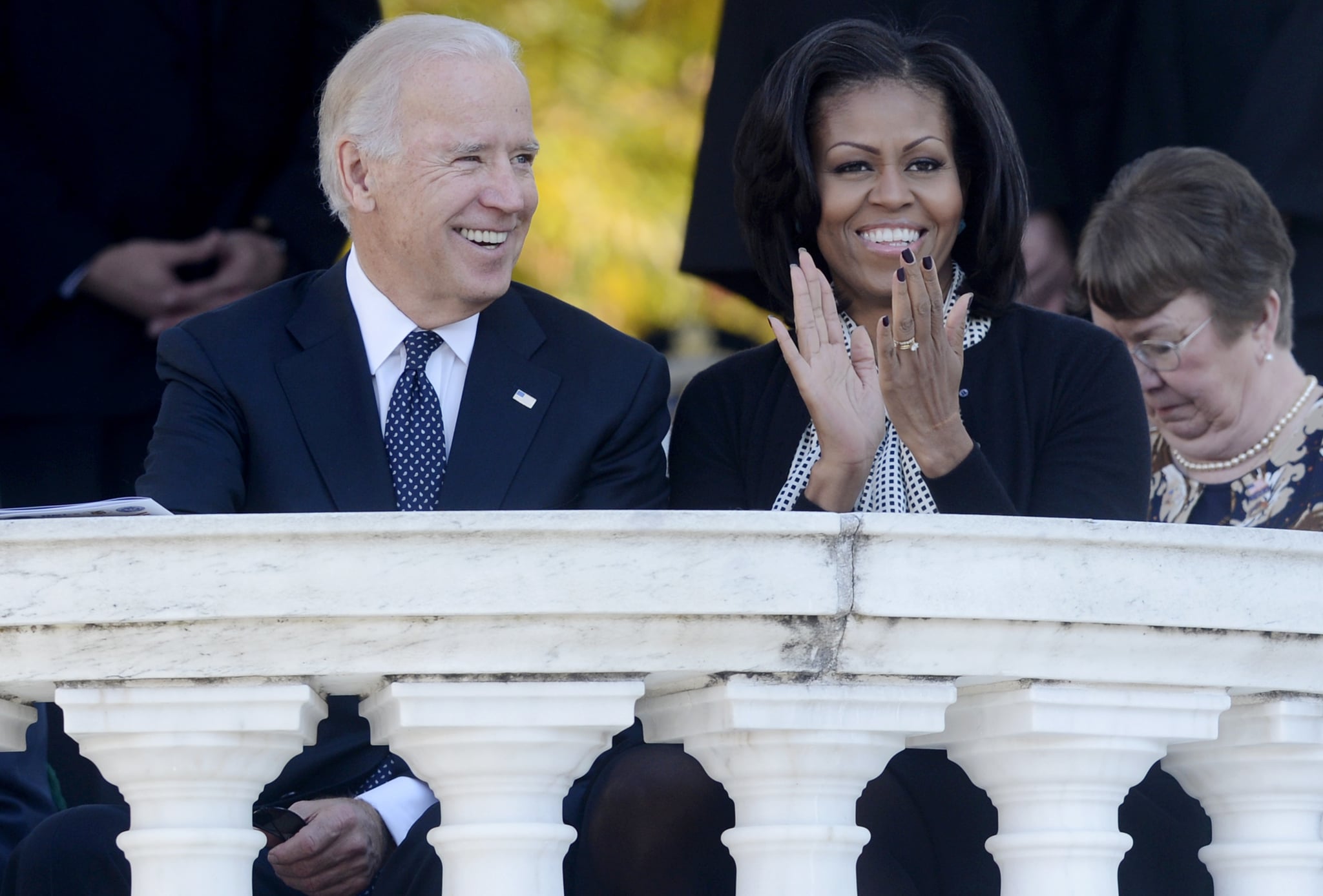 Michelle Obama is "beyond thrilled" to call Joe Biden and Kamala Harris the next president and vice president of the United States. On Nov. 7, the former first lady reacted to their election victory with an Instagram tribute and shared some inspiring, energizing words for the future.

Joe and Kamala's historic win is absolutely cause for celebration, but as Michelle so aptly put it, this is "a first step" in the right direction. She reminded Americans that winning an election will not magically solve the country's problems. There is a continuous fight ahead. "We've got to promise each other that our focus in this election won't be an anomaly, but the rule," she explained. "That's how we can not only feel this way right now, but in the months and years ahead." Read her full statement, below.

I'm beyond thrilled that my friend Joe Biden and our first Black and Indian-American woman Vice President, Kamala Harris, are headed to restore some dignity, competence, and heart at the White House. Our country sorely needs it.

Thank you to all of you who poured every ounce of your hope and determination into this democracy over these past four years, registering voters, getting them to the polls, keeping folks informed. More votes were cast in this election than ever before. It's because of you.

And after we celebrate — and we should all take a moment to exhale after everything we've been through — let's remember that this is just a beginning. It's a first step. Voting in one election isn't a magic wand, and neither is winning one. Let's remember that tens of millions of people voted for the status quo, even when it meant supporting lies, hate, chaos, and division. We've got a lot of work to do to reach out to these folks in the years ahead and connect with them on what unites us.

But we've also got to recognise that the path to progress will always be uphill. We'll always have to scrape and crawl up toward that mountaintop. And two years from now, four years from now, there will once again be no margin for error. We see now the reality that we can't take even the tiniest part of our democracy for granted. Every single vote must count — and every single one of us must vote. And as a country, we should be making it easier, not harder to cast a ballot.

So it's up to us to stay engaged and informed, to keep speaking out and marching on. We've got to vote in even greater numbers in the upcoming Senate runoffs in Georgia — and every state and local election going forward. We've got to promise each other that our focus in this election won't be an anomaly, but the rule. That's how we can not only feel this way right now, but in the months and years ahead. It's the only way we'll build a nation worthy of our children.

My warmest congratulations again to Joe and Jill, Kamala and Doug — and each of you who stepped up when your country needed you.