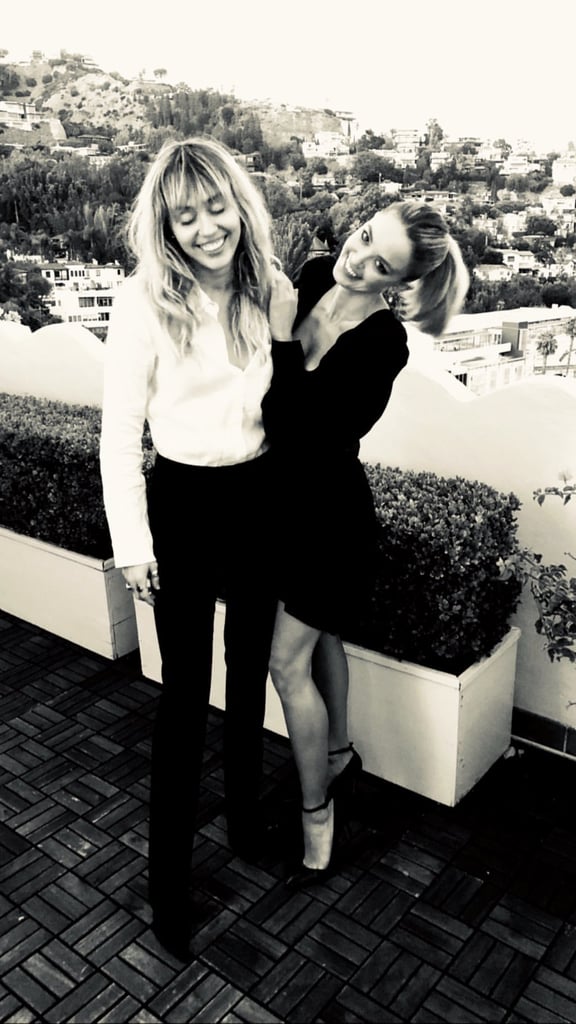 Miley Cyrus and Kaitlynn Carter's romance is definitely heating up! Ever since they were first spotting kissing during an Italian getaway in August, the pair have been getting even closer. Though they've yet to make their red carpet debut as a couple, Kaitlynn has already made their romance Instagram official. In September, the Hills star shared a handful of cosy snaps with the "Slide Away" singer as they rang in her 32nd birthday together. Not to mention, they've been flaunting their love around the Big Apple as Miley attends New York Fashion Week shortly before cuddling up in LA.

The couple first sparked romance rumours in August, shortly before Miley announced her split from husband Liam Hemsworth. Kaitlynn had also recently separated from Brody Jenner after one year of marriage. Though Miley and Kaitlynn haven't officially commented on the state of their relationship, it's clear they make each other very happy. See the few glimpses we've gotten of their blossoming romance ahead.