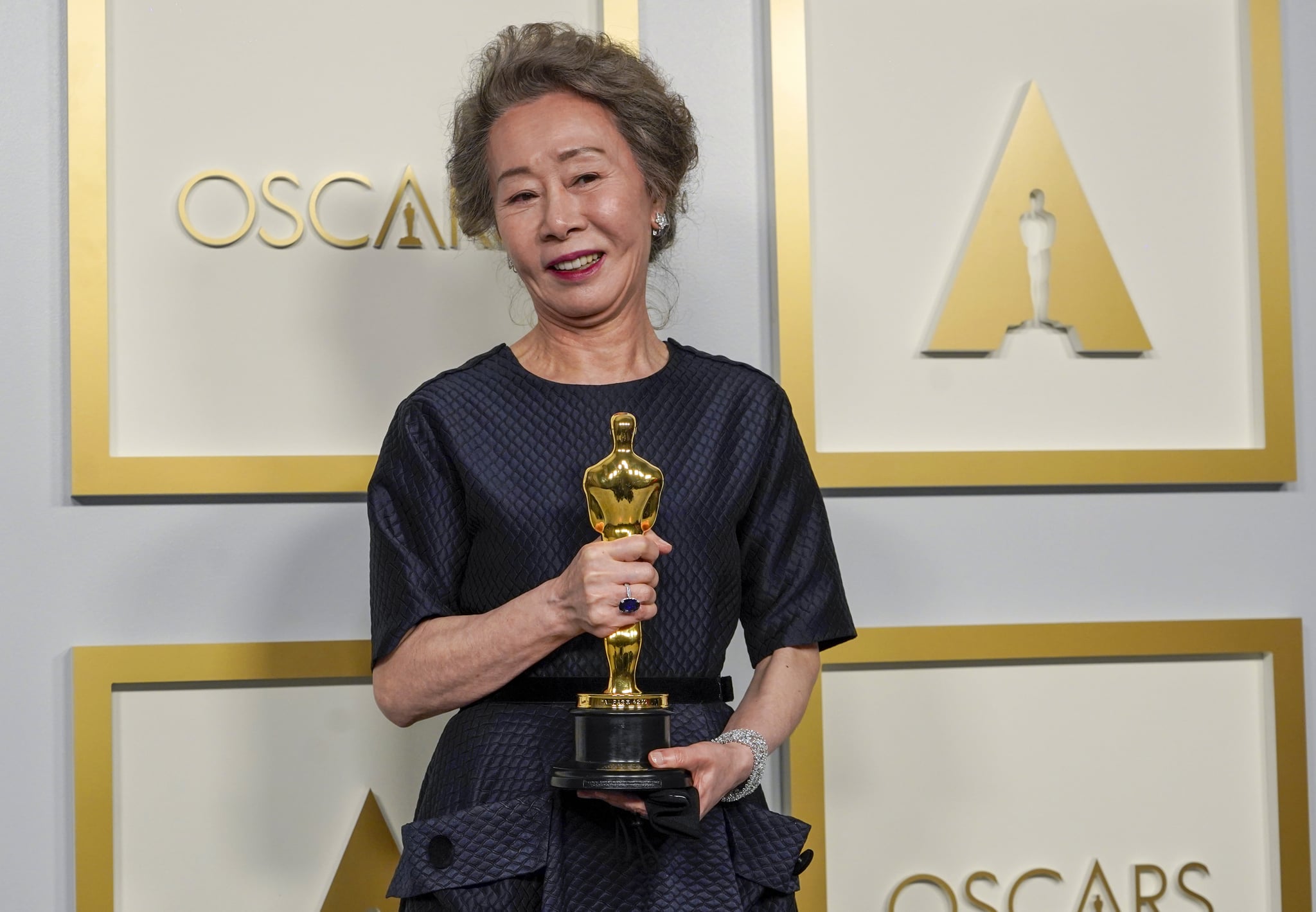 Yuh-Jung Youn is an Oscar winner! On April 25, the Minari star took home the best supporting actress award thanks to her powerful performance as grandmother Soonja. After her incredible acceptance speech (with a nod to producer Brad Pitt), Yuh-Jung chatted with journalists in the press room and addressed Hollywood's continuing need for diversity.

Yuh-Jung is the second Asian woman to win in her category in the show's 93 years. "It's about time to share different stories," the actress told reporters when reflecting on the industry's longtime lack of inclusivity. "We should embrace each other." She explained that "it's not nice" to divide or categorize people based on any of their differences, be that gender, race, or sexual orientation. "Even rainbow has seven colours," she continued, adding, "We are equal human beings that have the same warm heart." The actress saw Minari as an "opportunity" — hopefully Hollywood will appreciate equally impactful projects that break convention in the future.