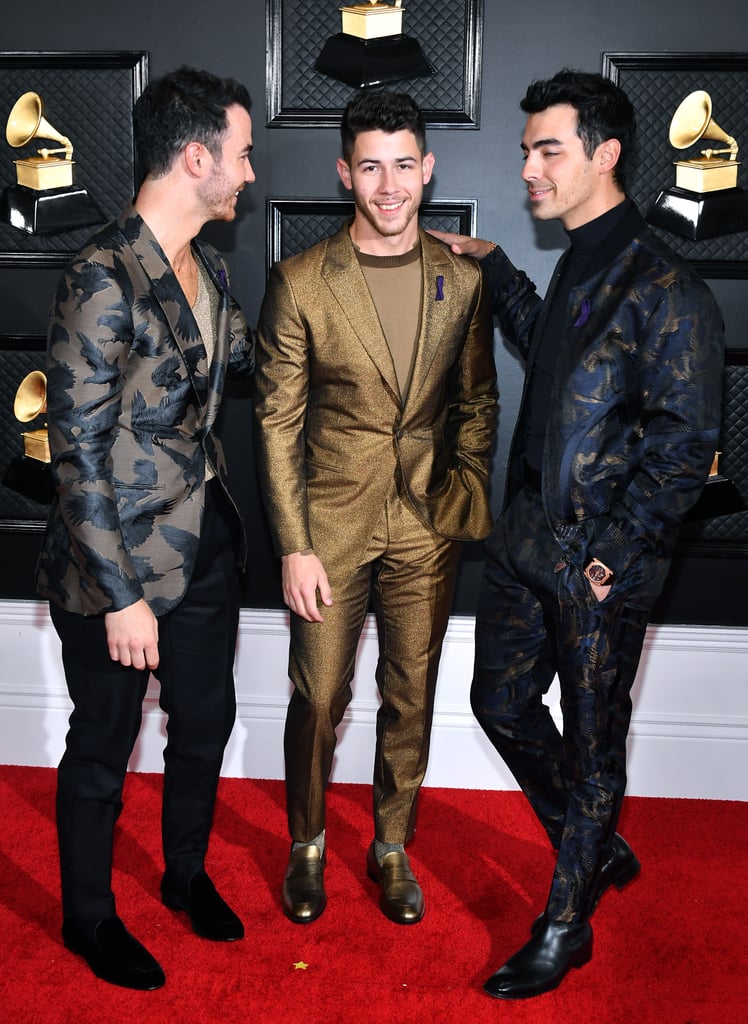 Joe? Kevin? PRIYANKA? There are a lot of people at fault for the situation Nick Jonas faced during Sunday night's Grammys, but the real hero is the piece of greenery that finagled its way between Nick's teeth at the award show. Making its initial appearance on the red carpet, the spinach leaf posed for photos with the Jonas Brothers and even took the stage as the reunited boy band performed a new song, "Five More Minutes," and the recently released single, "What a Man Gotta Do."

Sure, the three brothers performed at the Grammys for the first time in over a decade and even had a triple date night with their wives, but what we didn't initially realise was that the tiny piece of spinach was seventh wheeling the whole time. It didn't take long before the internet noticed the mysterious piece of food floating in Nick's teeth, and it's great to see he handled it like a champ on Twitter. "And at least you all know I eat my greens," he wrote gracefully. Seriously though, why didn't anyone tell Nick he had food in his teeth?!?! See some hilarious reactions ahead.

Related:
The Jonas Brothers Have a Triple Date Night With Their Wives at the Grammys
Previous Next Start Slideshow
Award SeasonGrammy AwardsNick JonasJonas Brothers