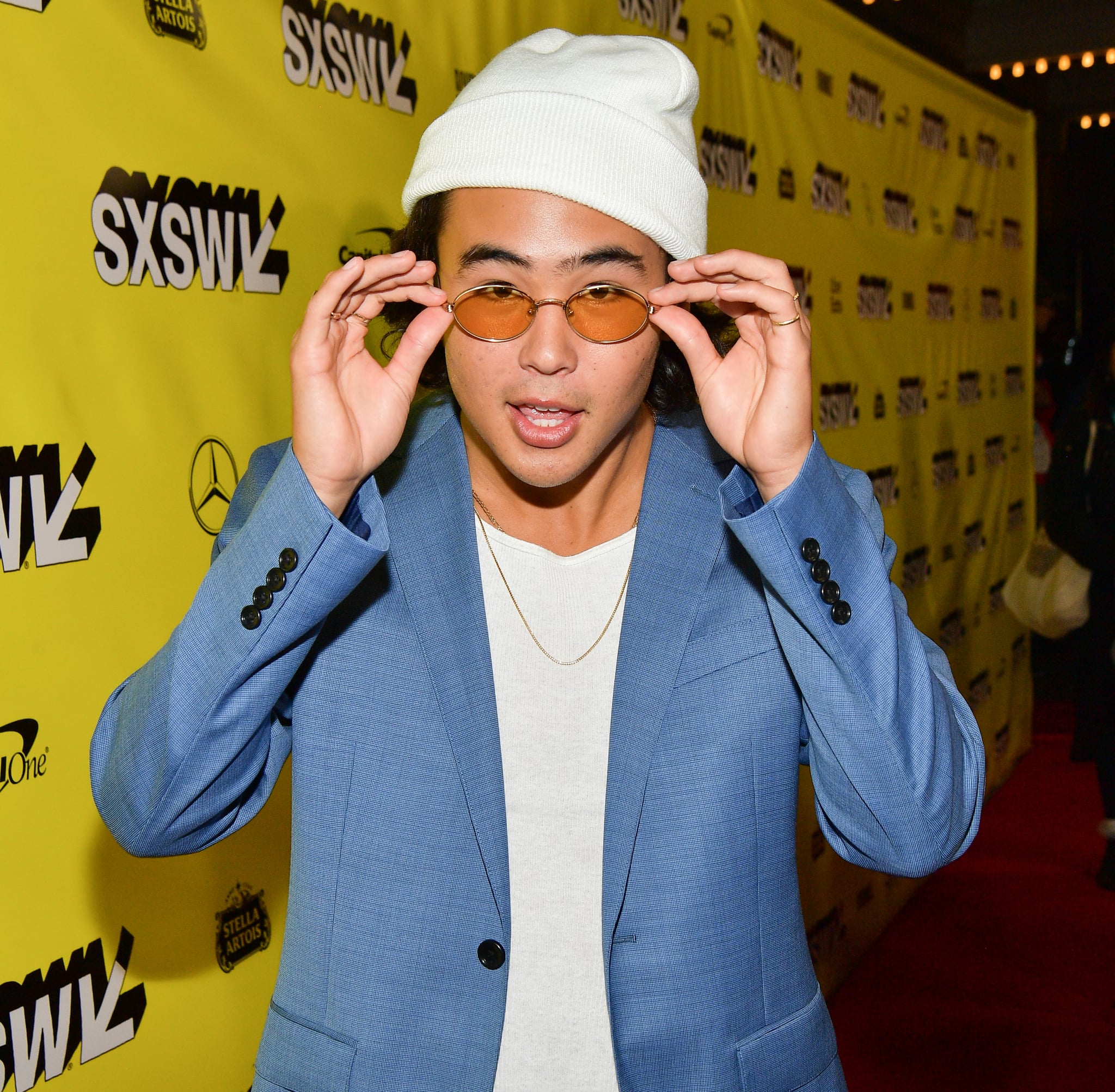 In our Q&A series POPSUGAR Crush, we get to know some of our favourite celebs' more intimate details — from their favourite flirty emoji to their most valuable relationship advice. This month, we're crushing on Moxie star Nico Hiraga.

If you've seen Netflix's Moxie, then you've likely swooned over Nico Hiraga's character, Seth. From the moment Vivian's sweet and supportive love interest drew stars on his hands, we were hooked. It turns out, 23-year-old Nico is just as endearing off screen. We chatted with the Bay Area actor following his big movie premiere to get his real-life opinions on love, dating, and making the first move. Read on for Nico's answers, and buckle up, because his lifelong celebrity crush will only make you love him more.

Related:
Prepare to Scream and Shout to Netflix's Moxie Soundtrack

What is the most memorable first date you've ever been on?

A good first date I went on . . . We started in The Fillmore in [San Francisco] and walked around the entire city. We ended up at the very top point of the de Young Museum in SF, in Golden Gate Park. I was tired by that point, we had been walking all over the city, but that was a really sick first date.

What is the most romantic thing that you've ever done for someone else?

I wrote a lot of letters. I kept it old school. I wrote some poems. Offering Vivian my heart in the movie Moxie was pretty romantic. That was all improv, too. Or skating miles to go see this person.

Who would you say would make a better partner: Seth from Moxie or Tanner from Booksmart?

Well, Tanner's kind of a d*ckhead, honestly. He's a wild card, but in some ways, it's good to have that. But Seth doesn't seem like much of a wild card and is very grounded and sensitive. I'd say in the long run, I'd say Seth for sure. But throw a tiny bit of Tanner of Booksmart in there just for the antics.

I did hear that one of your first celebrity crushes was Maggie Smith, more specifically Professor McGonagall.

What is it about Professor McGonagall that you were crushing on when you were younger?

She's ubersmart. She's funny, honestly. There's some sh*t where you're like, "Oh, you're funny." And then she can turn into a cat, and she's just a good soul at the end of the day. She's a good person and that stood out to me when I was a grom and I was like, "Professor."

What's the best love advice that someone has ever given you?

Either/or. There's been times where it's been like, "OK, we're getting to that point," and then I end up sitting there and being like, "Okay, what now?" And then other times, you just go for it. But I'd say . . . Sh*t, I get kind of nervous sometimes. I would say it's right down the middle. It's right down the middle, honestly.

When you're getting ready for a date, are you getting dressed up or wearing comfy clothes? What is your vibe for a date?

I'll throw on what makes me feel the most comfortable. Sometimes it'll be like, "Oh, I really feel like getting out the swagoo for this date, let's go." Or other times it'll be like, "You know what? I'm going to throw on these grey sweatpants, or these jeans with holes on them from skating and a tank top, and let's cruise." But it totally differs. It's whatever mood you're in, which is usually nervous.

If you had to choose one thing to do forever, would it be skateboarding or acting?

I would say skating 100 percent, but acting is pretty awesome, too. I'm stoked on both. But skating is my absolute original passion, for sure.

Do you have any songs or playlists that remind you of love?

Lykke Li, or maybe Roy Woods, or PARTYNEXTDOOR or Daft Punk. It differs, it's all over the place, it bounces all over. That's the thing, I'm so not traditional. I don't know, none of that traditional stuff stands out to me about dating or romantic gestures. I'm super spontaneous.

After playing Seth in Moxie, is there anything you're going to take away from that character and apply to your own dating life?

I would say myself and Seth have almost everything in common. I think we just dress a little differently. But I mean, I can tell you something I won't be taking away from it is taking a girl to a funeral home for a date. That's definitely not in my books. If I'm ever taking you on a date, don't worry, it will not be to lie down in a casket. I got you.