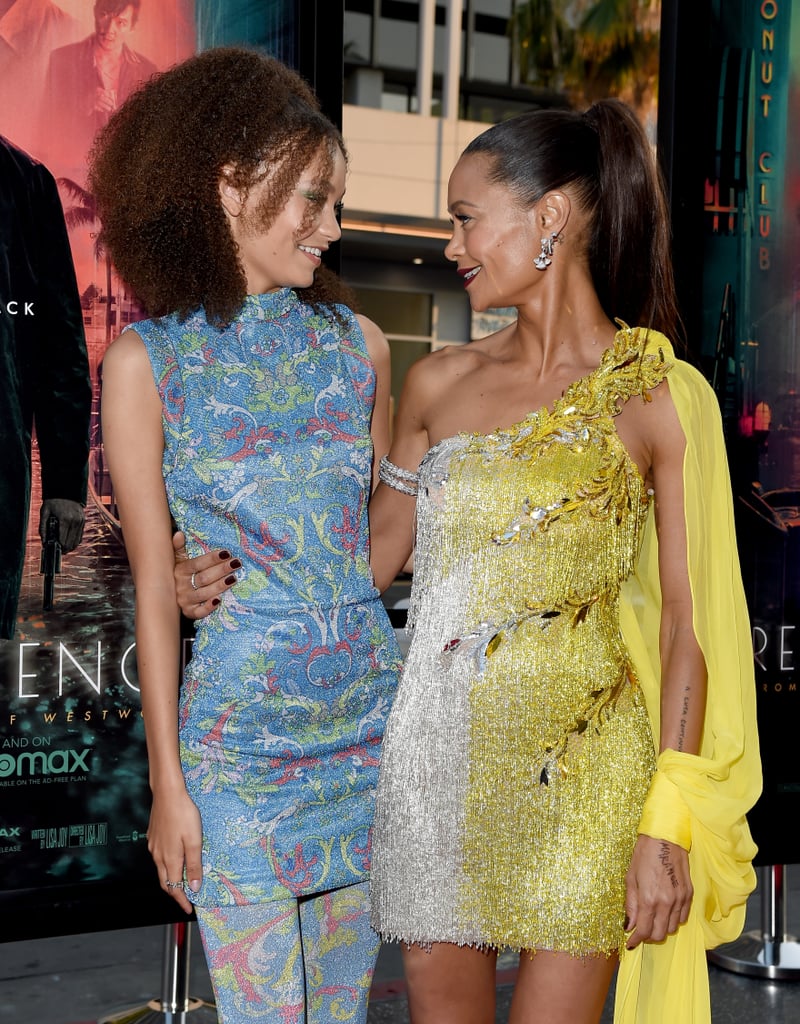 Nico Parker is following in mother Thandiwe Newton's footsteps. On Tuesday, the 16-year-old actress attended the premiere of her new film Reminiscence, which she stars in alongside her famous mom. The mother-daughter duo looked absolutely adorable as they hit the red carpet in sparkling Versace minidresses. The two looked super excited as they flashed huge smiles and hugged for the cameras. While Nico is no stranger to acting, having previously made her debut in 2019's Dumbo, this film is extra special as it marks her first with her mom. We certainly can't wait to see what Nico does next! See more pictures from their recent appearance ahead.