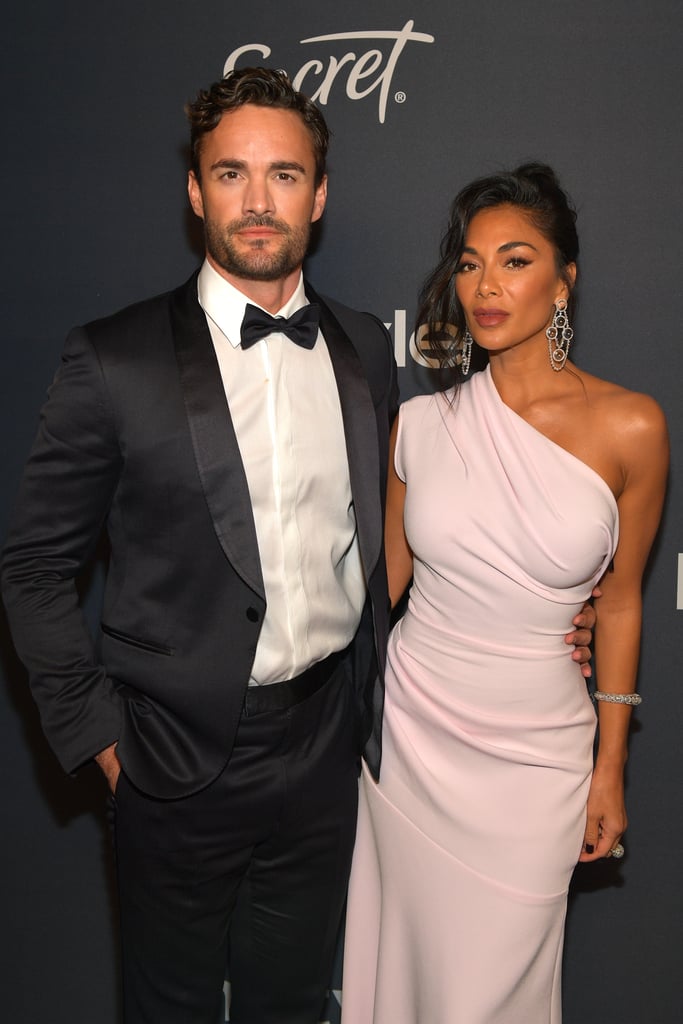 It looks like there's a new celebrity couple in town! Nicole Scherzinger and Thom Evans appeared to make their relationship red carpet official at the 2020 Golden Globes on Sunday night as they walked the red carpet and posed for photos together.

This isn't the first we've heard of a romance between Scherzinger and Evans. Dating rumours have been swirling ever since Evans — who is a former Scottish international rugby union player — appeared as one third of the group Try Star on X-Factor Celebrity (which Scherzinger is a judge on) in late 2019. Although the pair have been questioned on multiple occasions on whether they are together, they've stayed pretty tight-lipped, citing busy schedules and The Pussycat Dolls's upcoming reunion tour as the reason for not getting together.

All that changed on Sunday night, when Scherzinger and Evans walked the red carpet together at the 2020 Golden Globe Awards in Los Angeles. Along with appearing together, they also shared identical photos to their Instagram accounts at the same time — neither included a caption. The comment section is where are all the fun went down, with a slew of celebrities posting excited messages, including fellow Pussycat Dolls member, Kimberly Wyatt who commented, "Oh hi there! ❤️❤️❤️".

Keep on reading to see all the best photos of Scherzinger and Thom walking the Golden Globes red carpet together.