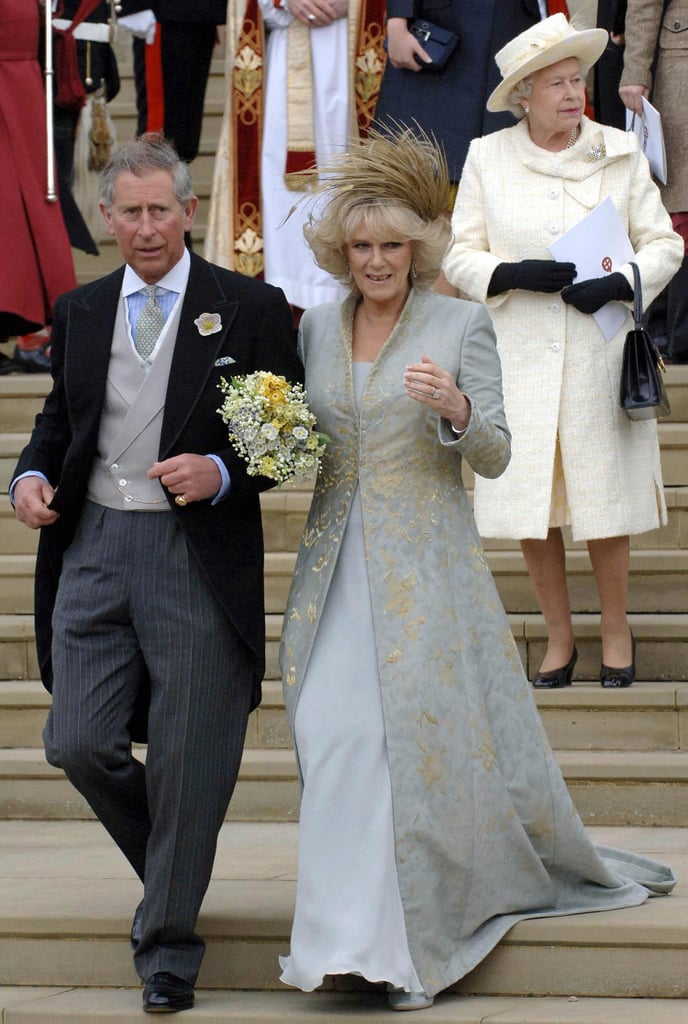 The Bride: Camilla Parker Bowles, the onetime lover of Prince Charles who divorced her first husband in 1995.
The Groom: Charles, Prince of Wales, Britain's longest-serving heir apparent.
When: April 8, 2005. It was delayed a day so Prince Charles and other guests could attend the funeral of Pope John Paul II.
Where: Charles became the first member of the royal family to marry in a civil ceremony. It took place at Windsor Castle and was followed by a religious blessing at St. George's Chapel. The queen chose not to attend the civil marriage but did attend the religious blessing and host a reception after.