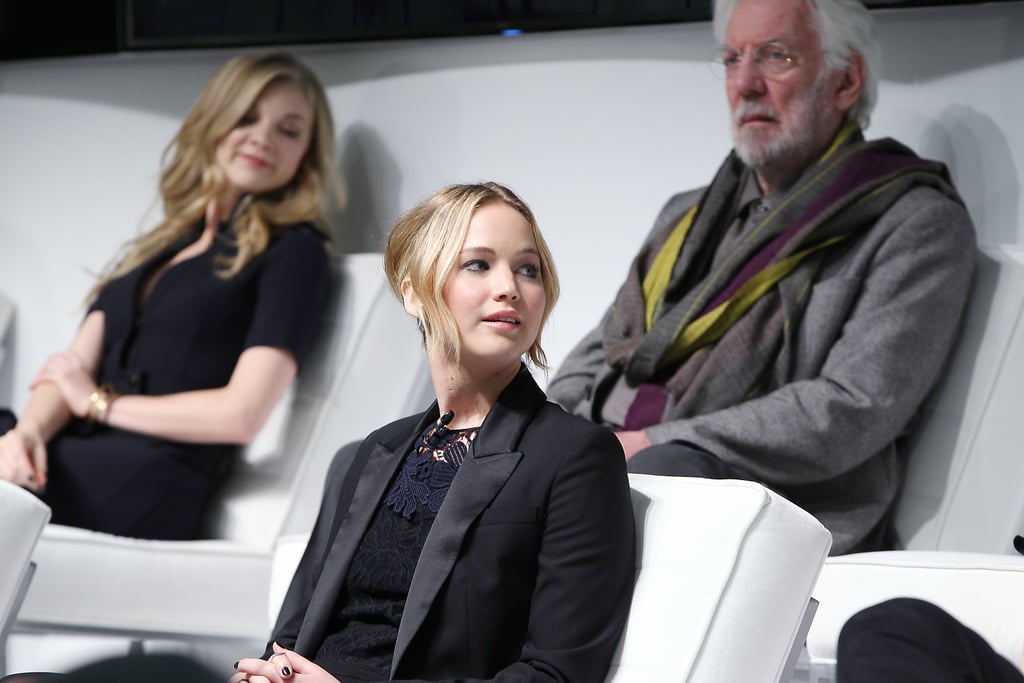 1. Jennifer Was There When Natalie Dormer Had to Shave Her Head

Natalie said that Jennifer was welcoming and supportive to the new cast members, although there was one instance where she wasn't totally supportive. "I was in the room when Natalie shaved her head," Jennifer said, referencing Cressida's half-shaved look. "I was like, 'Dude are you sure? Oh my god! Oh my god!'"

2. Jennifer Did Not Intentionally Eat Smelly Food Before Kissing Liam

When asked about Liam's comments that Jen had intentionally been eating stinky foods before their kissing scenes to give herself bad breath, she protested: "I didn't think so much about the kissing so I would just eat whatever beforehand." It just so happened that some of that food had smelly ingredients. However, Jennifer did note that she would give Liam "fair warning" beforehand by telling him exactly what she had eaten before they had to smooch. (But the line was apparently drawn at brushing her teeth after eating.)

Sam surprised nearly everyone in the room when he revealed that Marilyn Monroe was part of his inspiration for his character, Finnick, because, like Marilyn, "behind closed doors he is damaged." Even Sam's costars were impressed by his interesting inspiration, with Josh shouting out, "That's incredible!"

Netflix
The Trailer For Netflix's Enola Holmes Proves Anything Sherlock Can Do, Enola Can Do Better
by Grayson Gilcrease 25/8/20