On how she's been staying busy: "I didn't actually take time off. The past two years are the hardest I've ever worked. I've been working on two albums, an animated film, shooting for multiple magazines, designing for Puma and Stance [socks], a new line of fragrances, a summer tour, I launched my first annual Diamond Ball at the end of last year, and I've also been developing several projects to be revealed in the near future."

Celebrity Style
Rihanna Has Arrived at the Met Gala, and She Sure Looks Cosy in Her Parka Gown and Beanie
by Yerin Kim 1 week ago 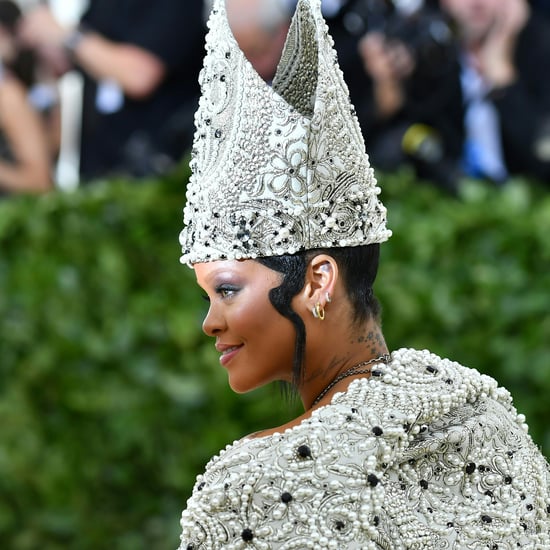