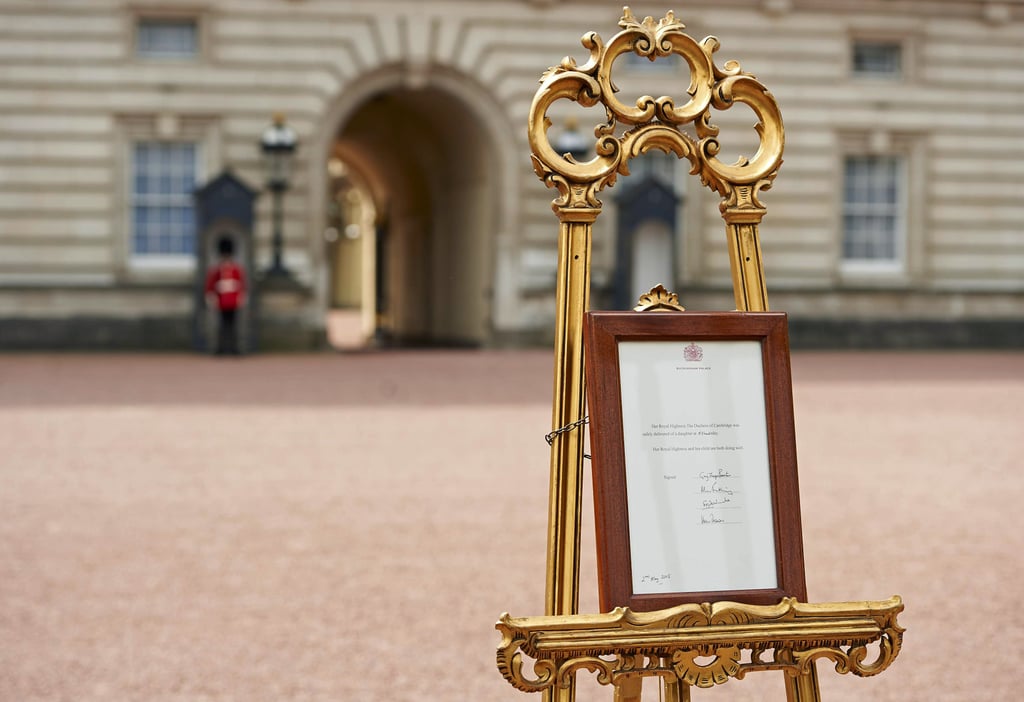 While news that Kate had given birth was first released on Twitter, it was followed with the traditional formal announcement placed outside of Buckingham Palace that revealed the day and time of the birth and the baby's gender. This is the same royal protocol that was followed after Prince George's arrival.