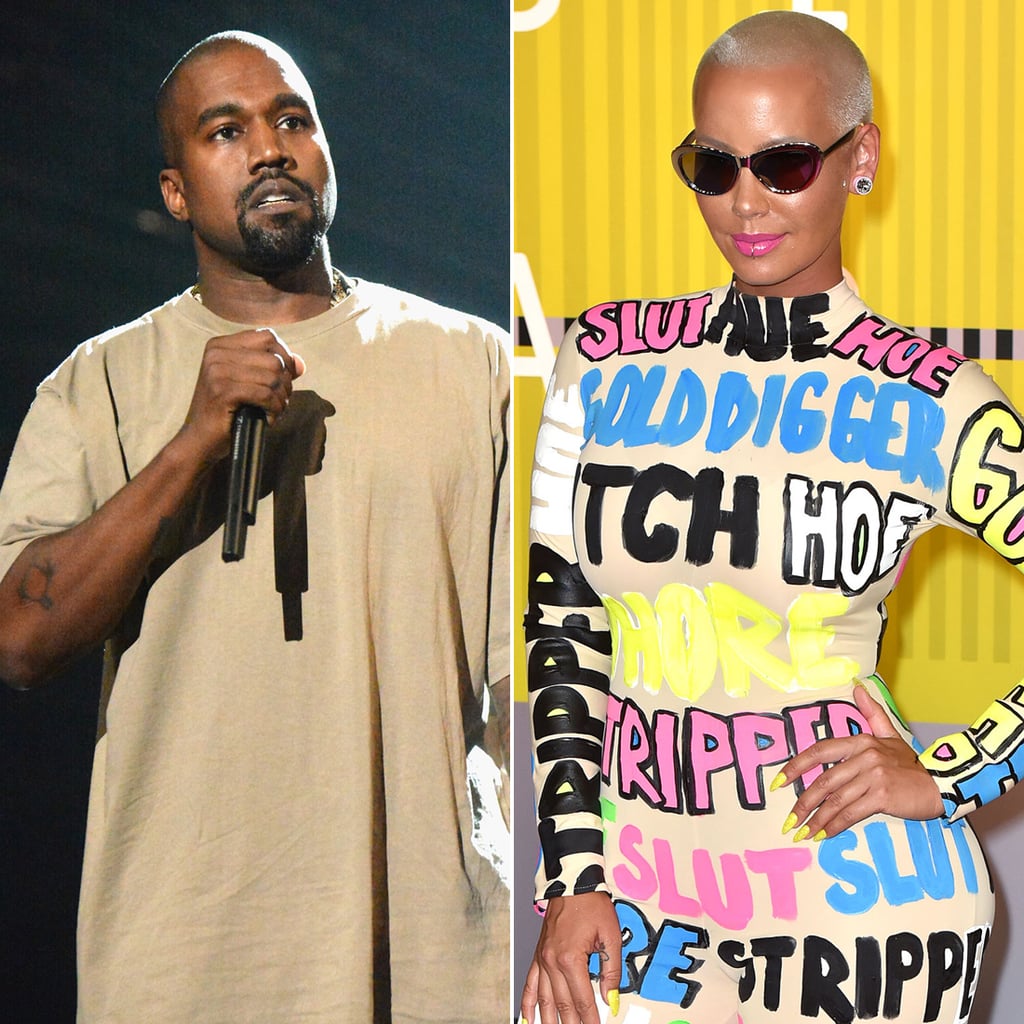 The couple dated from 2008 to 2010, but things got dicey earlier this year when a feud broke out between the former flames. After Amber Rose and Khloé Kardashian traded harsh words on Twitter, Kanye West stepped in and slammed Amber during an interview, saying, "It's hard for a woman to want to be with someone that [was] with Amber Rose," adding, "I had to take 30 showers before I got with Kim [Kardashian]."

Amber hit back after the rapper's comments, first calling him out before tweeting, "I'll leave that up to the Kartrashians to humiliate u when they're done with u." She later sat down with ET and opened up about being "slut-shamed" by Khloé and Kanye, saying, "We were happy when we were together and all of a sudden I'm being slut-shamed because we aren't together anymore and it's not fair."