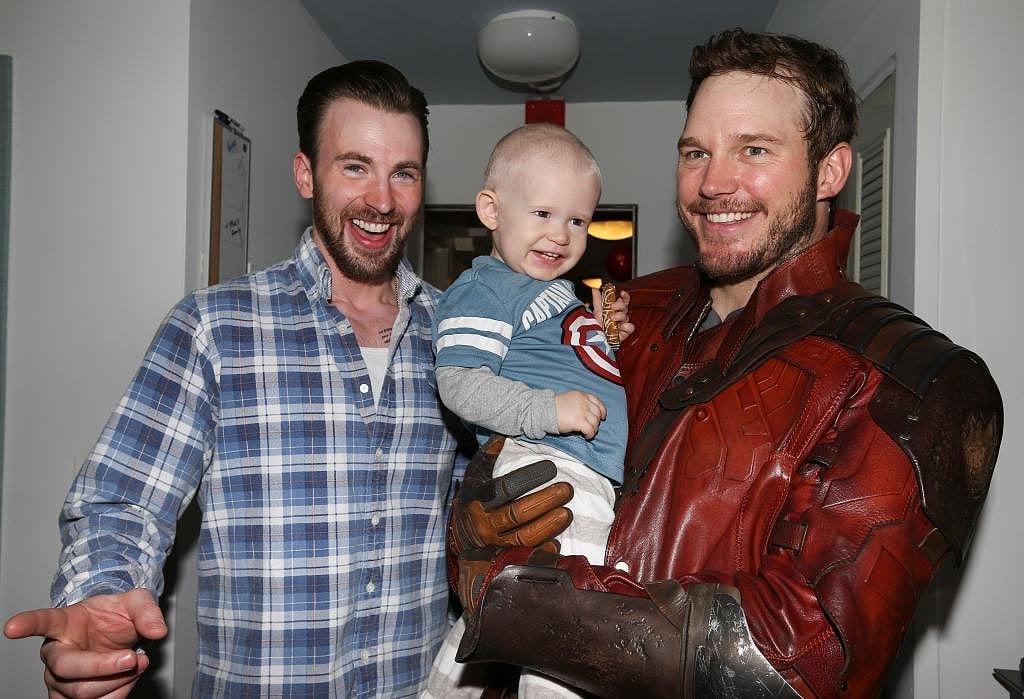 When He and Chris Evans Made the Best Super Bowl Bet

Two of Hollywood's hottest stars named Chris made headlines in February with their awesome Super Bowl bet. The stakes: if the Seahawks won, Chris Evans would fly to Seattle Children's Hospital dressed as his character Captain America, and if the Patriots won, Chris Pratt would head to Boston nonprofit Christopher's Haven dressed as his Guardians of the Galaxy character, Star-Lord, wearing a Tom Brady jersey. Like true, real-life superheroes, they ended up following through on both circumstances, first meeting with kids in Boston in February before spending time at Seattle Children's Hospital in March.