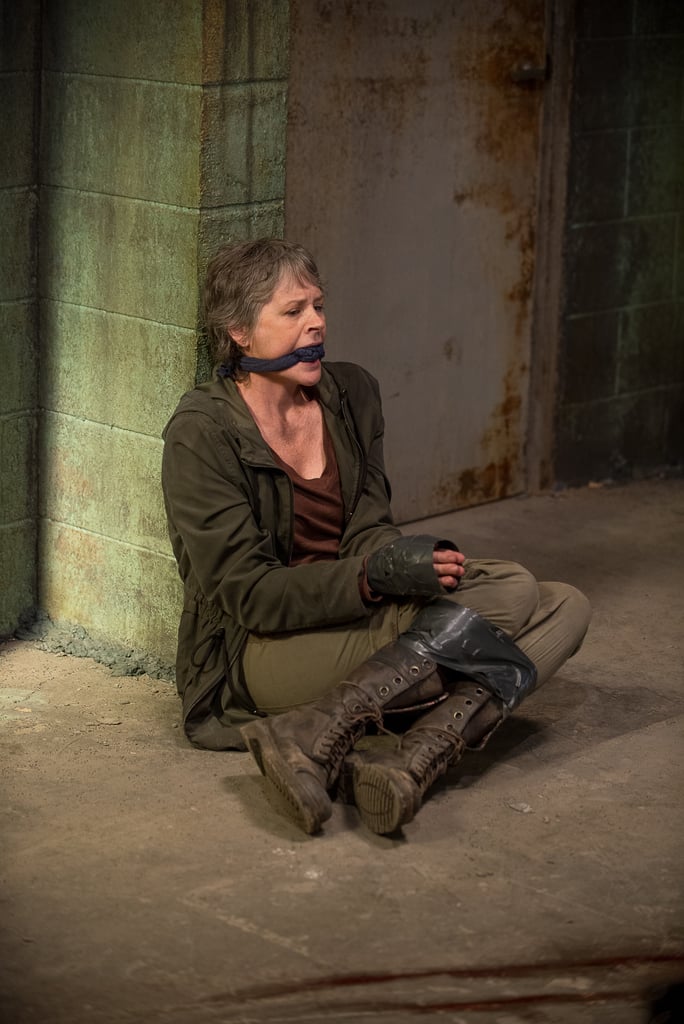 Carol's ability to put on a performance as a harried, "I wouldn't hurt a fly" housewife to lull potential enemies into a false sense of security is one of her more clever, disturbing talents, and it appeared to be on full display in episode 13, "The Same Boat." Captured alongside Maggie by some of Negan's henchwomen, she hyperventilates and is near tears to the point where one of the women dubs her a "nervous little bird" and asks "B*tch, how did you make it this far?" Although we've seen badass Carol pull that song and dance before, this time around it felt a little off. Is it another one of her Oscar-worthy performances, or is she really losing it? By the end of the episode, Carol isn't operating at 100 percent. She's visibly shaken by the fiery trap she sets with Maggie for the Saviors, and there's a shot of her gripping a rosary so tightly that her hand bleeds.

Judging from her actions in both episodes 13 and 14, Carol is finally snapping under the full weight of her actions. She realises that the Alexandrians have become the cold-blooded hunters, rather than the other way around, and it's not sitting well with her.