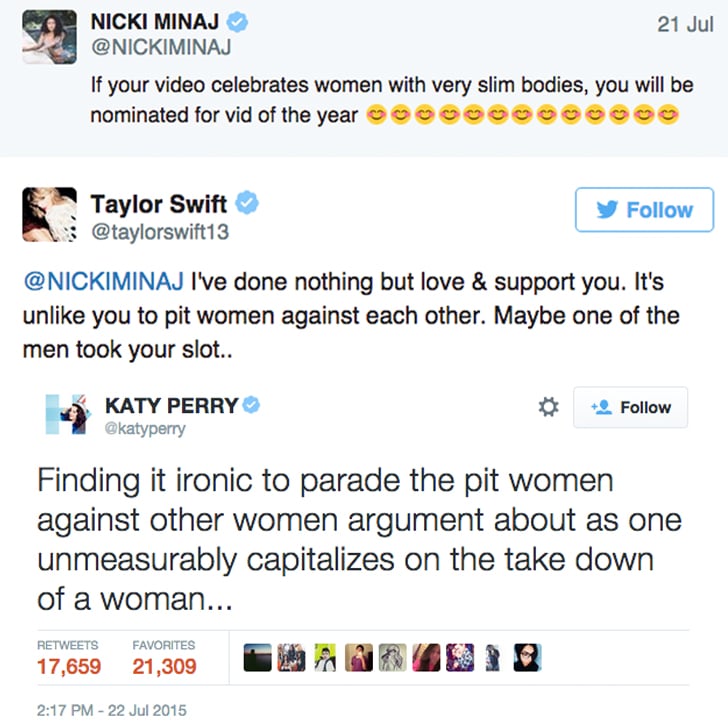 Taylor had a Twitter exchange with Nicki Minaj about the MTV VMAs in July 2015, and Katy eventually chimed in. Nicki called out issues within the music industry after the "Anaconda" music video didn't make the nominations for best video. Taylor took Nicki's comments personally, tweeting to the rapper, "I've done nothing but love and support you. It's unlike you to pit women against each other." Nicki quickly replied to clarify her comments, telling Taylor it wasn't about her. The next day, Katy Perry weighed in on the conversation, making a pretty clear reference to Taylor's tweet when she said, "Finding it ironic to parade the pit against other women argument about as one unmeasurably capitalises on the takedown of a woman..."

Black Is King
How Beyoncé's Twins Cameo in Black Is King (Hint: They Don't Appear Together)
by Amanda Prahl 4 days ago