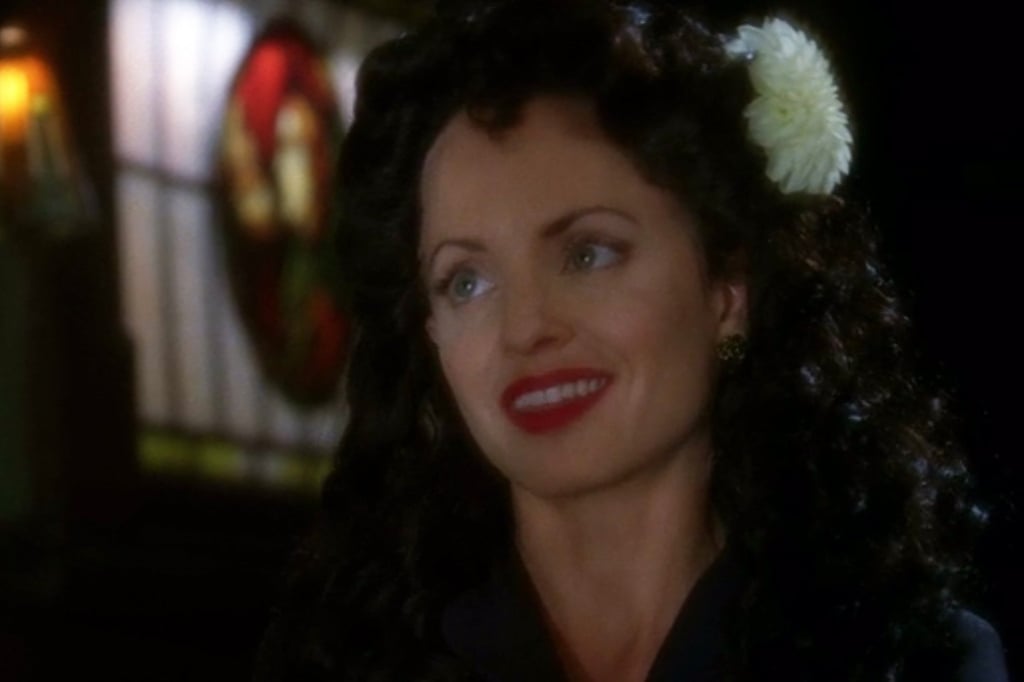 Mena Suvari guest-starred on the very first season of American Horror Story as Elizabeth Short, the woman who would become infamously known as The Black Dahlia. Though parts of her story were fabricated for the show, The Black Dahlia murder is very much real. Short was a 22-year-old aspiring actress who was brutally murdered in 1947. Her body was chopped in half, and her killer carved up the sides of her mouth, giving her what's known as a "Glasgow smile." Her murderer was never identified.