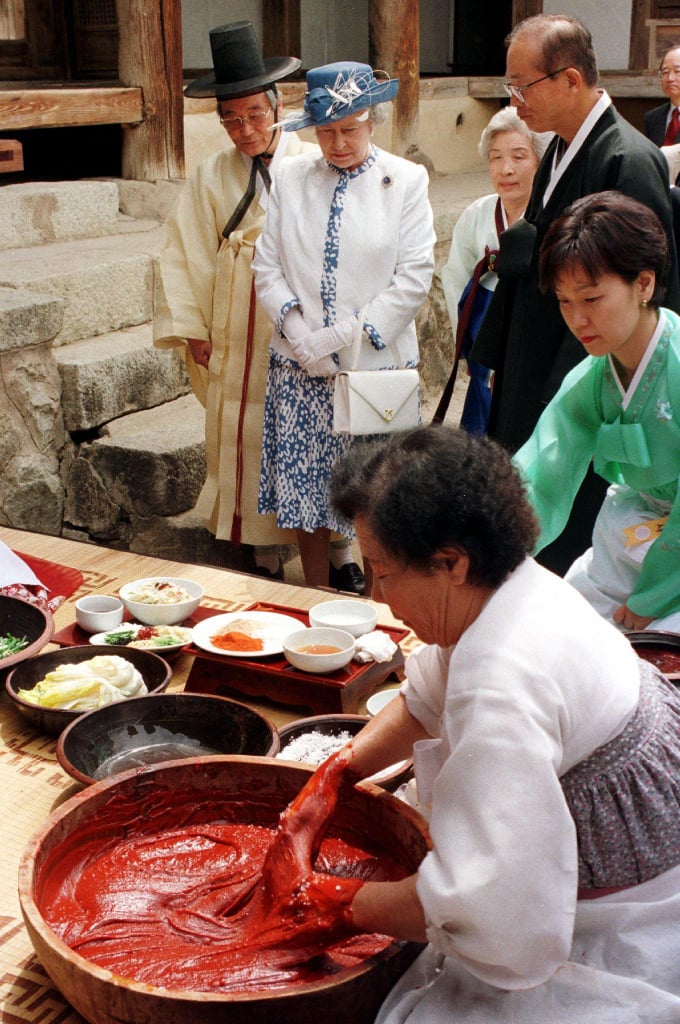 During a royal tour of Korea, the Queen's 73rd birthday fell on the day of a trip to the ancient, remote walled village of Hayhoe. Her Majesty watched kimchi being prepared alongside village chief Ryu Yong-Ha and a dance called Important Intangible Cultural Property Number 69 was performed. She then enjoyed 47 dishes traditionally served to royalty and soprano Lesley Garrett sang happy birthday. When the audience joined in, it was one of the only occasions in public that the Queen had been seen to visibly fight back tears.