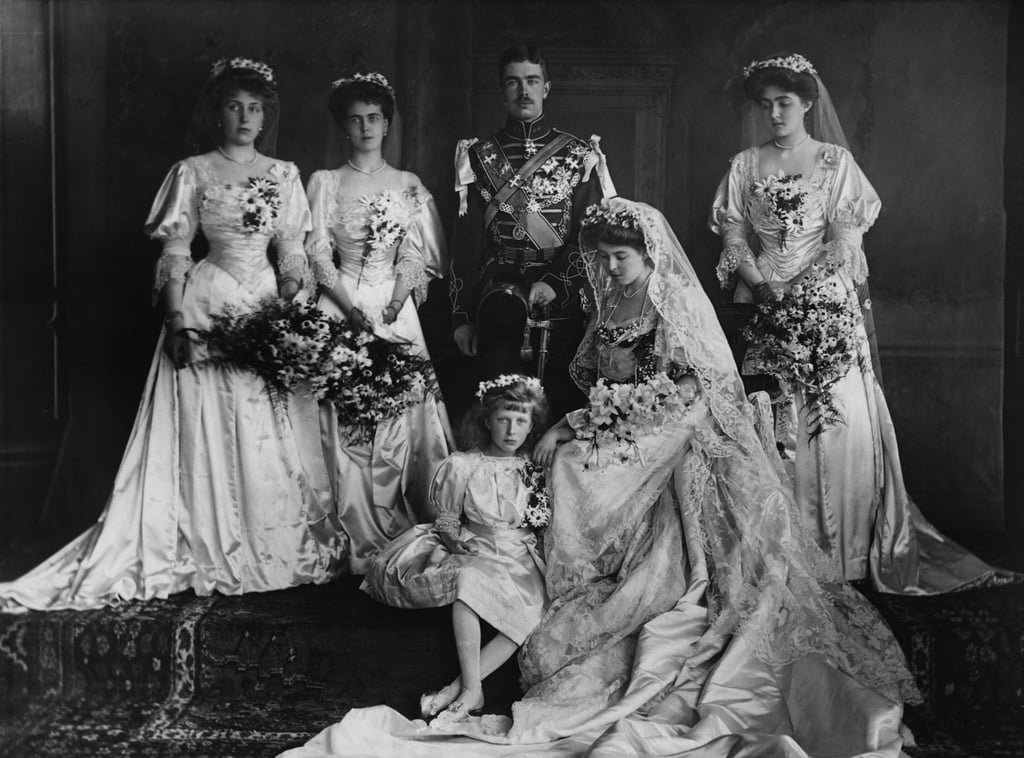 Princess Margaret, the granddaughter of Queen Victoria, married Prince Gustaf (who later became King Gustaf VI Adolf of Sweden) at St. George's Chapel on June 15, 1905. The couple first met during a visit to Egypt, and Gustaf later proposed during a dinner held by Lord Cromer at the British Consulate in Egypt. As a wedding present, Margaret received the Connaught tiara, which remains in the Swedish Royal Jewelry collection.