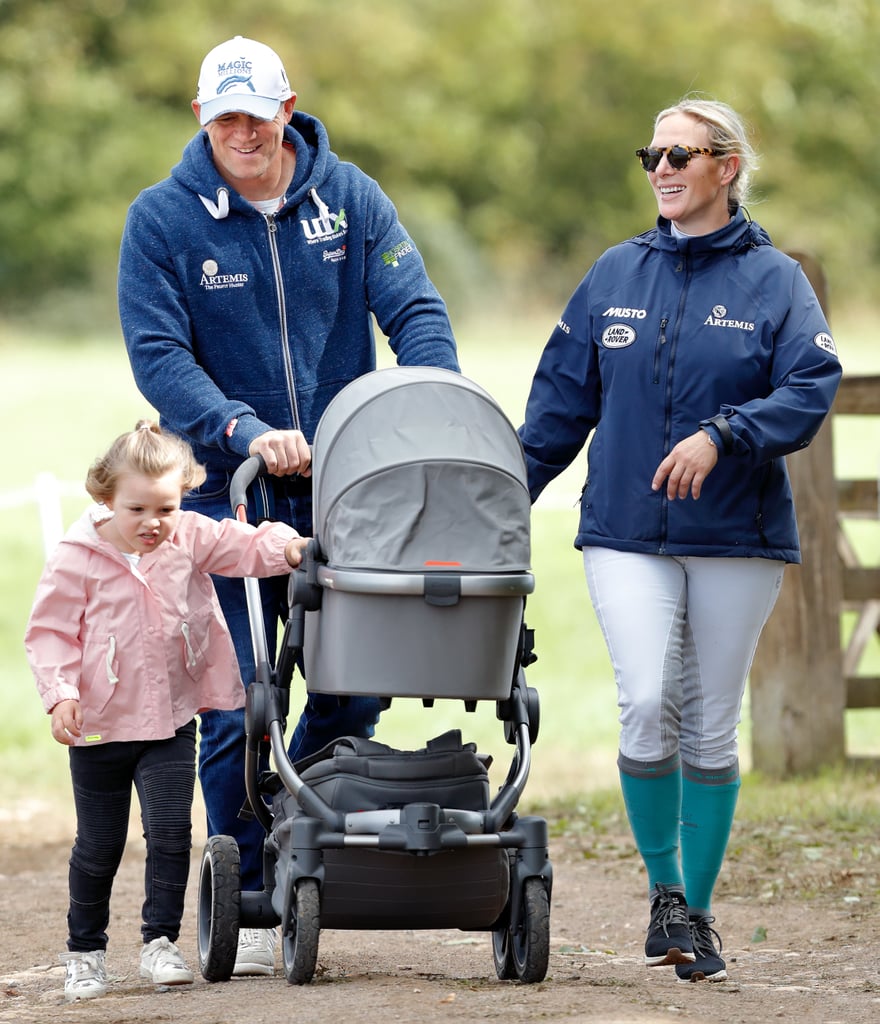 While Zara Tindall doesn't have an official title, she is very much a part of the royal family. The cousin of Prince Harry and Prince William, she had prominent placement at Harry's wedding and was heavily pregnant at the time. In June, she gave birth to her second daughter, and in September, she was back on the horse (literally) at the Whatley Manor Horse Trails. Her husband, Mike, and daughters joined to watch her compete.