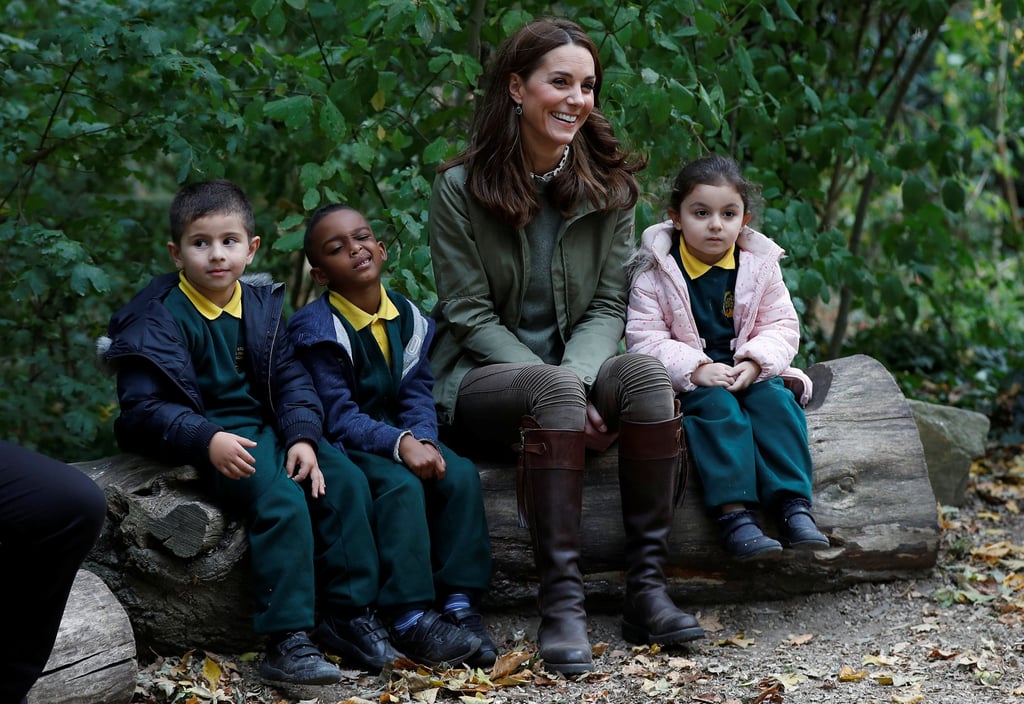 Sure, she made multiple appearances in the months after Prince Louis's April birth, but Kate's first official engagement didn't occur until October, when she visited children at the Sayers Croft Forest School and Wildlife Garden in London. Kate was casual for the outing but made multiple more dressed-up appearances as she quickly got back to her royal duties in the weeks that followed.

The Royals
The Duke and Duchess of Cambridge Send an Encouraging Message For Mental Health Awareness: "We're All Connected"
by Kelsie Gibson 1 week ago

The Royals
The Royal Family Join Forces to Honour Nurses on the Coronavirus Front Lines: "Thank You"
by Monica Sisavat 2 weeks ago