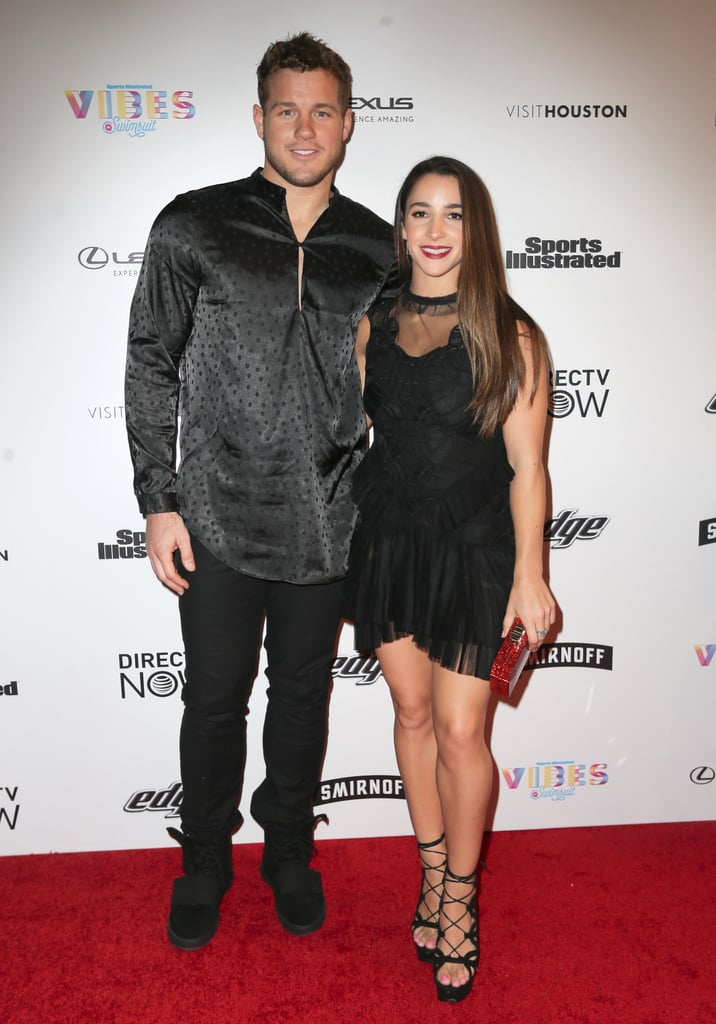 Even before appearing in season 14 of The Bachelorette, Colton's dating life was in the spotlight, as he was formerly the boyfriend of Olympic gymnast Aly Raisman. The two dated for about six months beginning in 2016, after Aly concluded her 2016 Olympic season in Rio de Janeiro. After Yahoo Sports posted a video of Colton congratulating her on her Olympic performance and asking her out, Aly followed up with a tweet hinting she might be up for going out with the former Oakland Raiders tight end. The two eventually broke up due to the strains of their long-distance relationship, but Aly confirmed that they were in a "good place" and the decision was mutual.