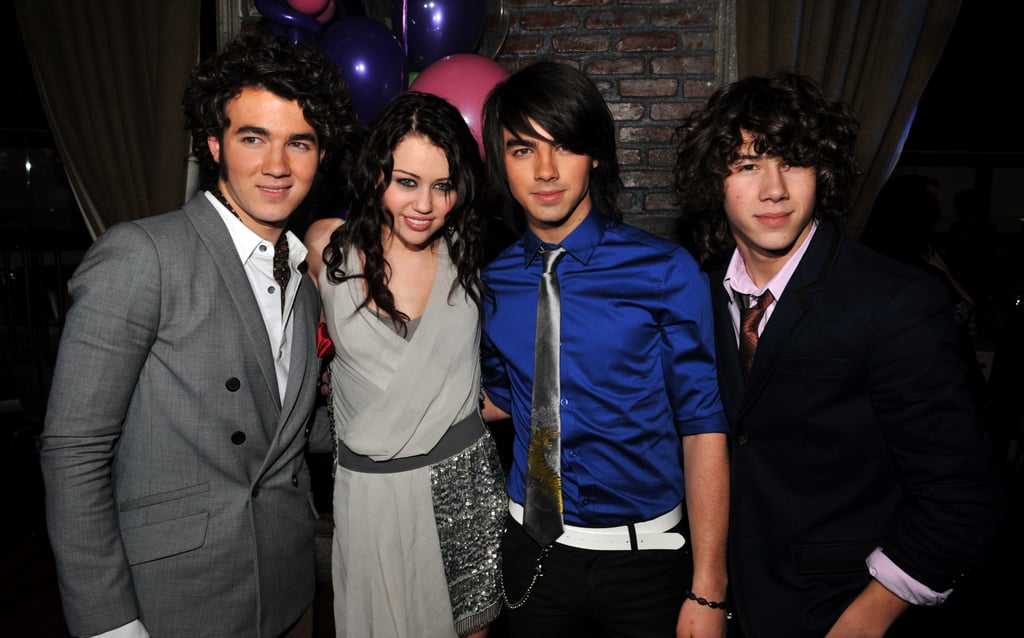 January 2008: The Aftermath of Their Breakup

Following their breakup, the Jonas Brothers and Miley reunited as they attended the premiere of their 3D concert film for the Best of Both Worlds tour. Things between Miley and Nick were clearly still intense as they didn't pose beside each other for any photos and the singer rocked a darker new do.

"At first I bawled for a month straight," Miley told Seventeen about her breakup with Nick. "I was so sad. I just went into this weird funk. And I dyed my hair black. When we were dating, Nick wanted me to get highlights – and so I did that, and I got myself looking great. And then, on the day we broke up, I was like, I want to make my hair black now – I don't want to look pretty; I want to look hard-core. I was rebelling against everything Nick wanted me to be. And then I was like, I've got to be by myself for now, and just figure out who I really am."