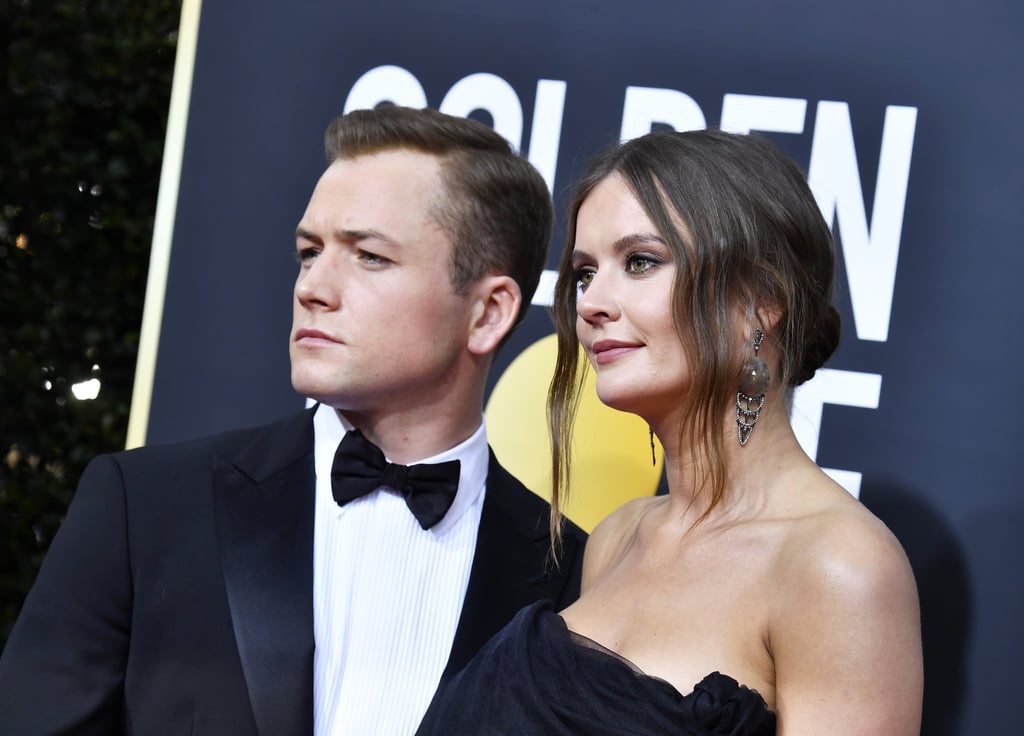 As the one-and-only Elton John in the biopic Rocketman, Taron Egerton nabbed the best actor award in the motion picture musical or comedy category during the 2020 Golden Globes ceremony. Playing one of the greatest romantic singers of our time, he's also a romantic himself, bringing his long-time girlfriend Emily Thomas as his companion to the star-studded event. Like Egerton, Thomas is a Hollywood badass, working as an assistant director in some of our favourite blockbusters in recent years. Here's what you need to know about their relationship and Thomas' behind-the-scenes work in the entertainment industry.

Egerton and Thomas have been dating for a while despite a brief breakup in Nov. 2018, at which point they had been together for two years. In Vogue's April 2019 issue, Egerton said that he and his girlfriend had split up but recently rekindled their romance.

As they were both devoted to their work, spending time together was hard. "Unless you're really vigilant, you can start to occupy separate worlds," he told Vogue. Reigniting their relationship is something that makes the actor "really proud." And get ready to cue all your feelings: When they were separated, Egerton confessed that he found a card Thomas wrote him so touching that it made him cry.

According to her IMDb page, Thomas is a seasoned assistant director in the film industry, working as a third assistant director in movies such as 7 Days in Entebbe, Solo: A Star Wars Story, The Kid Who Would Be King, and the upcoming Bond flick No Time to Die. She was also Gal Gadot's assistant in Justice League and Wonder Woman in addition to being an uncredited production assistant in Captain America: The Winter Soldier.

We're excited to see the Hollywood power couple thriving — maybe there will be a collaboration in the future yet!