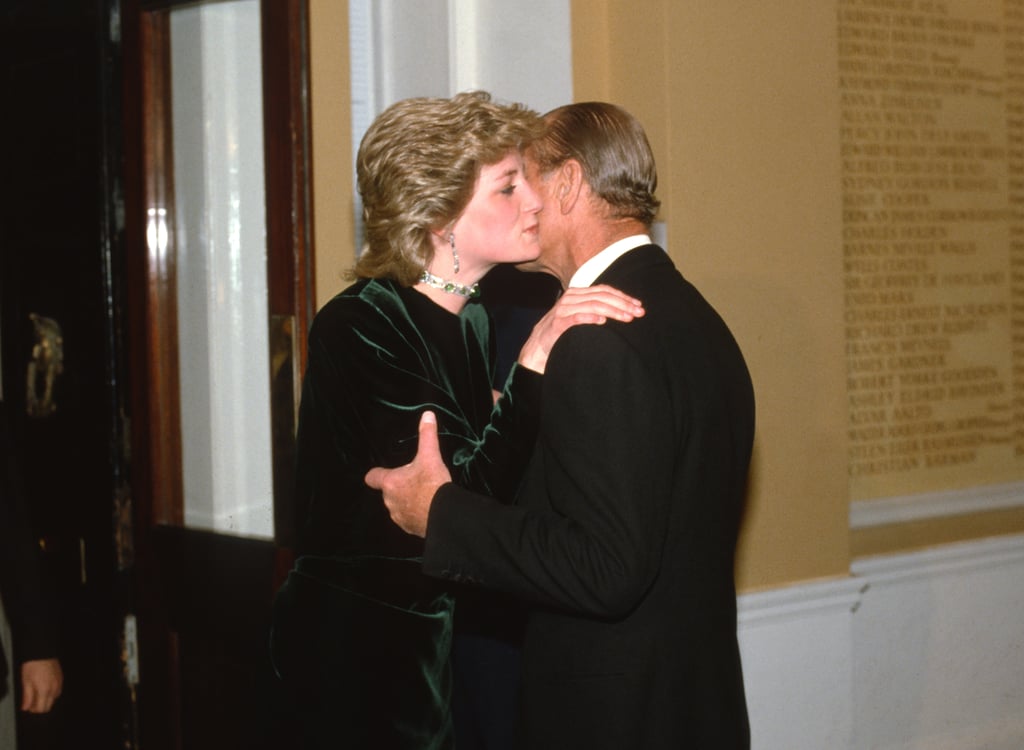 Philip, being fond of Diana, was one of the main champions of her relationship with Prince Charles. During Charles and Diana's relatively brief courtship — she memorably said they'd only met 13 times before he proposed — Philip wrote to his son that, due to increasing press interest in the new romance, the relationship should be ended or made official to preserve her integrity. Charles interpreted this letter as an ultimatum and decided to propose.

Though many in the royal family did not warm to Diana at the beginning — or ever — her father-in-law was a reliable early friend. Biographer Sarah Bradford noted in Diana that "The Duke of Edinburgh, always sympathetic to a pretty young girl, did his best to jolly her along, whirling her into dinner when she hung back overcome with shyness."