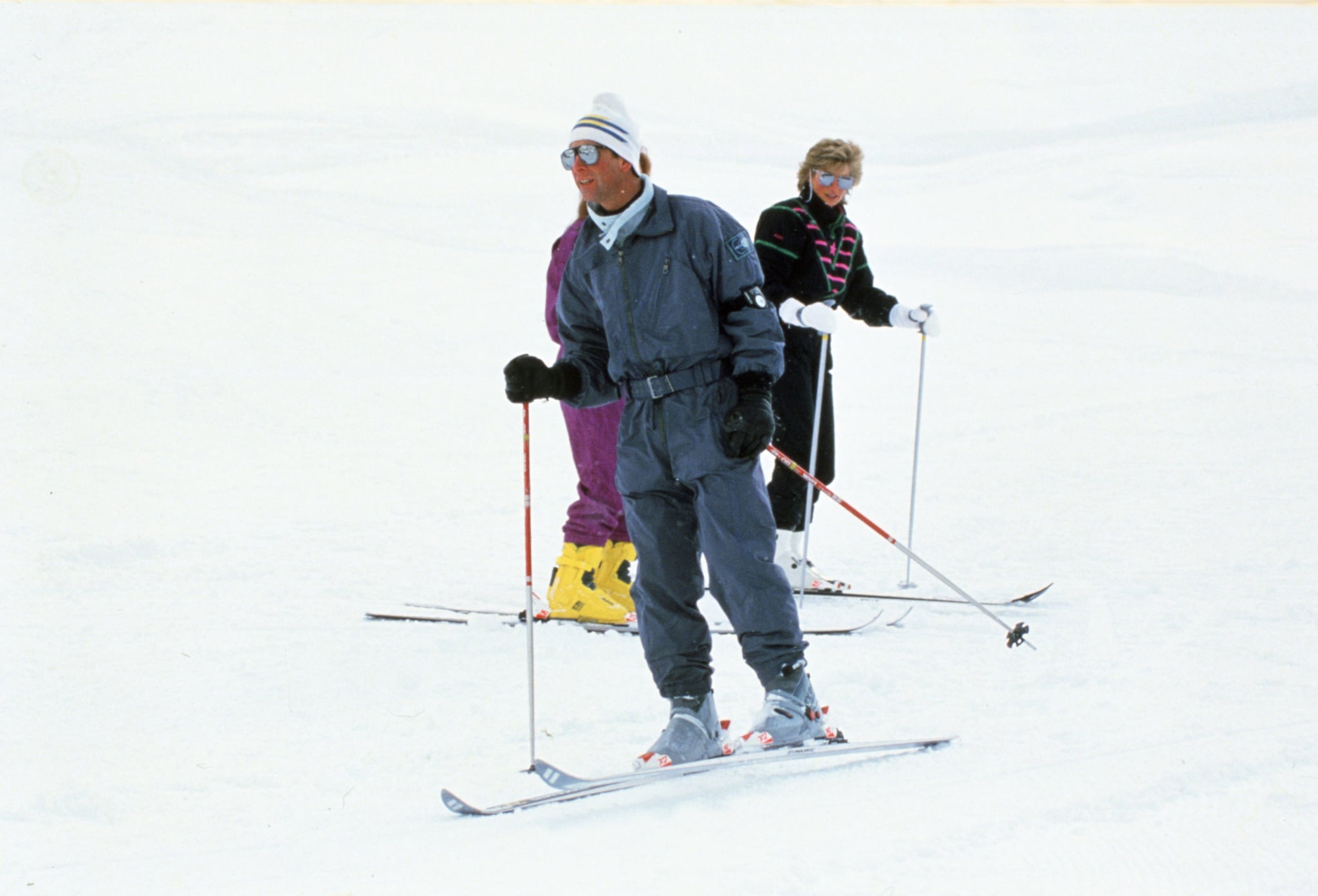 One of the lesser-known royal-adjacent tragedies is depicted in season four of The Crown: Prince Charles's 1988 skiing accident. The episode, appropriately named "Avalanche," reveals how Charles nearly died — and one of his friends actually did — in a sudden avalanche on a steep Swiss mountain.

According to The Guardian, the avalanche occurred on Gotschnagrat Mountain at the Klosters ski resort, one of the steepest slopes in Switzerland, when an unexpected avalanche came down on the royal party. Other royals on the trip, including Princess Diana and Sarah, Duchess of York, had stayed behind while Charles led a group for an off-road run. His friend, Major Hugh Lindsay, was a 34-year-old army officer and former equerry to the Queen, with a pregnant wife at home. The avalanche began without warning and quickly approached Charles and his party, who were standing still in between ski runs. Prince Charles was able to get out of the immediate path of the avalanche, as were three other members of their party: his friend Charles Palmer-Tomkinson, a Swiss police officer, and a Swiss ski guide, Bruno Sprecher. Major Lindsay, along with Palmer-Tomkinson's wife Patricia, were both unable to evade the onslaught. Patricia Palmer-Tomkinson suffered non-fatal leg injuries and a collapsed lung, while Lindsay was pronounced dead on arrival to the hospital.

After the avalanche, the uninjured members of the party, including the prince, tried frantically to dig out their buried friends. An AP report from the accident quoted a Swiss newspaper editor as saying that Charles helped dig someone out of the snow, although the royal family did not comment on that specific piece of information. A later article in People corroborated these reports from the accident. According to the group's statements, Sprecher noticed the beginnings of the avalanche and yelled for the prince and the others to ski out of the way as fast as possible. Only Lindsay and Palmer-Tomkinson were unable to, and, as Charles said in his statement, were "swept away in a whirling maelstrom as the mountainside seemed to hurtle past us."

While the policeman radioed for help, the rest of the group followed their friends' bleeper devices and dug them out through twelve feet of snow in ten minutes. Sprecher was able to revive Palmer-Tonkinson, but Lindsay was already dead from a head injury. Helicopters were dispatched to get the entire skiing party off the mountain and to attempt to rescue the two who were caught in the bulk of the avalanche. Prince Charles was among those lifted off the slopes by a second helicopter; The Guardian reported that the pilot who rescued Charles said he was visibly distraught and weeping.

Investigations into the causes of the avalanche and responsibility for Lindsay's death were launched almost immediately. In June 1988, only a few months after the accident, the Los Angeles Times reported on the findings of the inquiry. Although Prince Charles was personally not held responsible for the accident, the investigators did determine that the royal skiing party, as a group, bore the brunt of responsibility for causing the fatal avalanche: "By skiing outside official marked runs, the group had assumed a collective risk that excluded any one member from personal responsibility for the accident." The accident occurred while Charles was leading the group on an unmarked, unusually steep slope that he had personally navigated several times before. Additionally, the investigators did note, there was a regional avalanche warning in effect that day at the elevation where the accident occurred, suggesting that conditions on the mountain might not have been so pristine to begin with and that the entire ski outing probably should not have taken place.