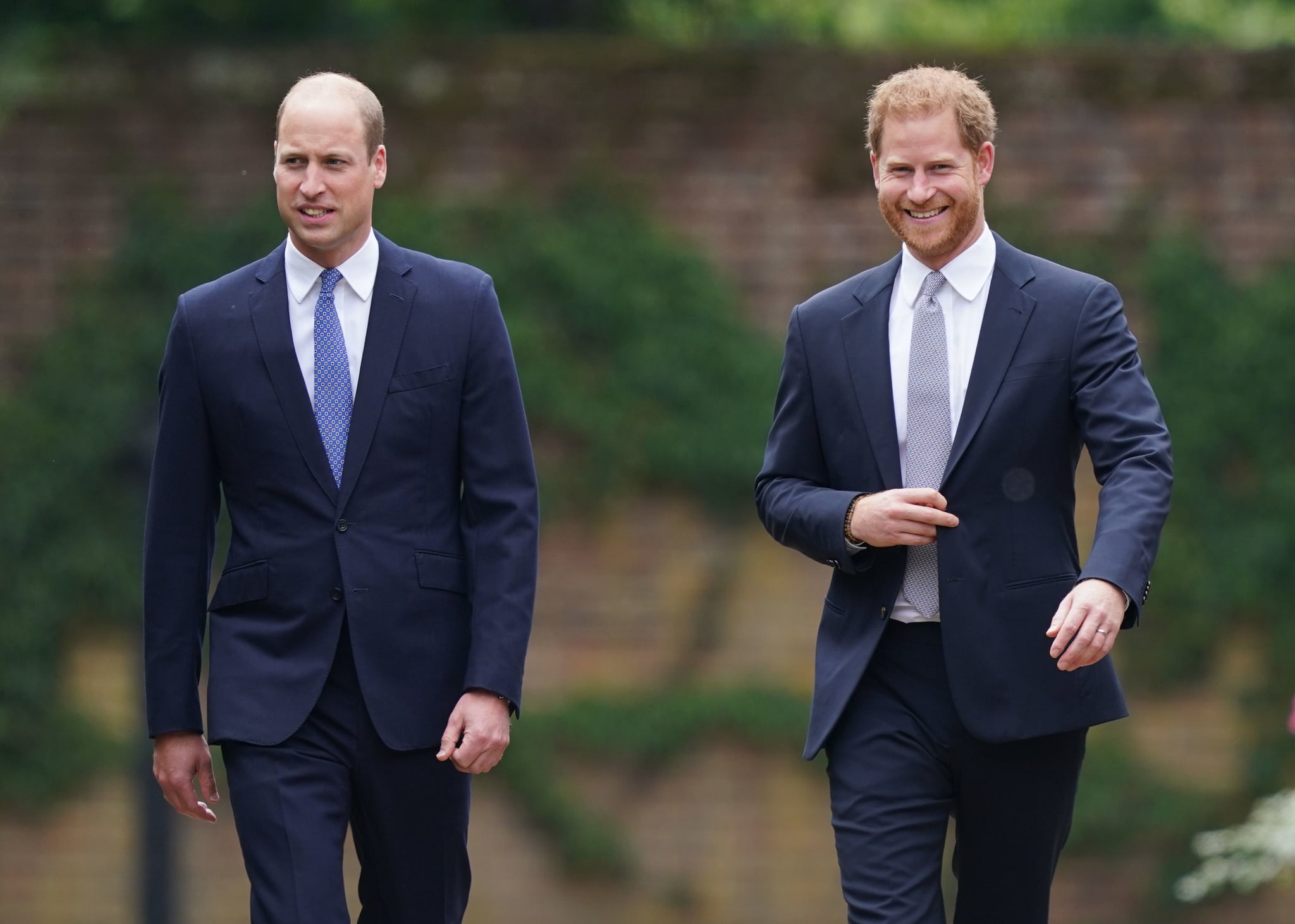 It's no secret that Prince Harry and Prince William haven't been on the best of speaking terms lately, but they always put their mum first when it comes to matters of duty. The brothers reunited to meet the young recipients of The Diana Award's Legacy Award at Kensington Palace and around the world.

Prince William met with 10 British recipients of the award at Kensington Palace on Wednesday, 1 Dec., and Prince Harry met virtually with 10 international winners from his home in California. The international recipients were independently chosen by Diana's brother 9th Earl Spencer and included young people from Taiwan, Colombia, Germany, India, Indonesia, Saudi Arabia, Bangladesh, and the US.

Launched in 2017, The Diana Award's Legacy Award is given every two years and honours "outstanding young leaders, visionaries and role models from across the world, who have demonstrated their ability to inspire and mobilise new generations to service their communities, as Diana, Princess of Wales did herself," as defined by The Diana Award foundation. Winners of the award can also take part in the Legacy Award Development Programme that supports the continuation of their organisations, projects, and community causes.

On the very same day of honouring The Diana Award Legacy Award recipients, Prince Harry also penned a letter on Princess Diana's behalf for World AIDS Day. Addressed to Winnie Byanyima, Executive Director UNAIDS, and Dr. Tedros Adhanom Ghebreyesu, the World Health Organisation's Director-General, Harry shared that "my mother would be deeply grateful for everything you stand for and have accomplished. We all share that gratitude, so thank you." Princess Diana's commitment to working against the disease throughout her lifetime is an integral part of her humanitarian legacy.

The Late Late Show
Apparently, Lily Collins Met Princess Diana When She Was a Toddler, and We're Very Jealous
by Navi Ahluwalia 2 weeks ago