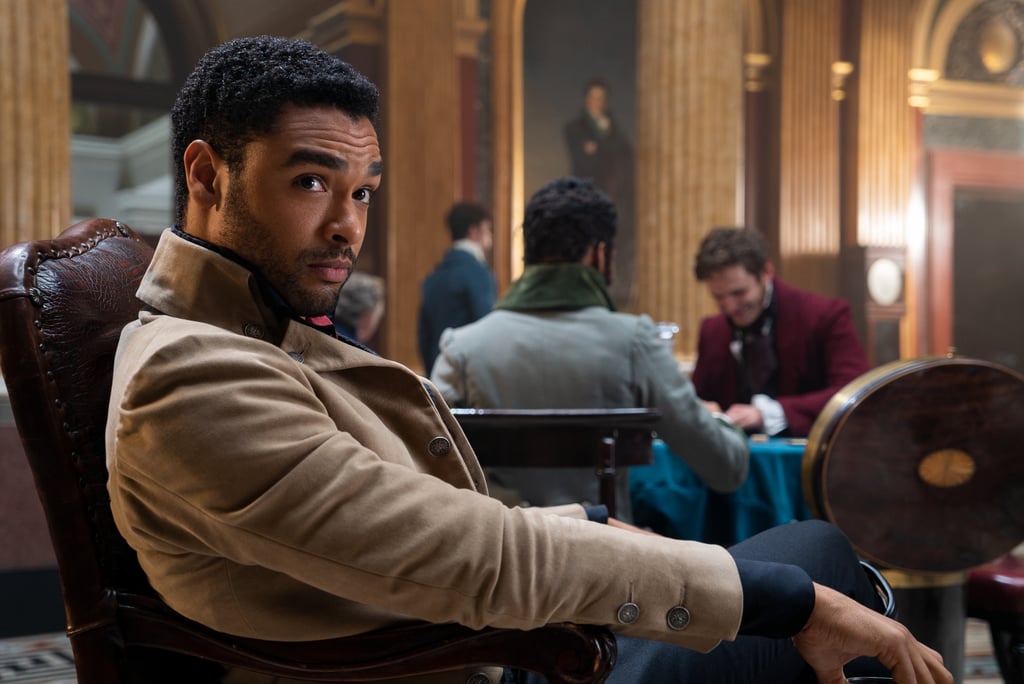 If you haven't heard of British-Zimbabwean actor Regé-Jean Page, we have a feeling you're about to. Not only was the up-and-coming star named one of Variety's top 10 TV stars to watch, but he's set to appear in not one, but two of December's biggest television releases.

The 30-year-old actor has been making waves ever since he burst on to our TV screens playing a hapless teacher in BBC One's Waterloo Road. In fewer than five years, he's gone from the world of British television to Hollywood, earning a supporting role in Peter Jackson's adaptation of Mortal Engines, as well quite a big role in the Emmy-nominated revival of Roots, which was watched by a whopping 6.9 million American viewers.

In December, you can catch him in Netflix's new Regency-era drama Bridgerton alongside Derry Girls star Nicola Coughlan and Line of Duty's Polly Walker. Regé-Jean plays the dashing and devastating Simon Basset, a character who has "zero interest in his title, society, or taking a wife" according to the show's synopsis. Given that the eight-part drama has been described as a combination of Pride and Prejudice meets Gossip Girl, we've got a feeling he could be the next Mr. Darcy. Or Chuck Bass, depending on how you see it. Keep reading for everything you need to know about Netflix's new leading man.