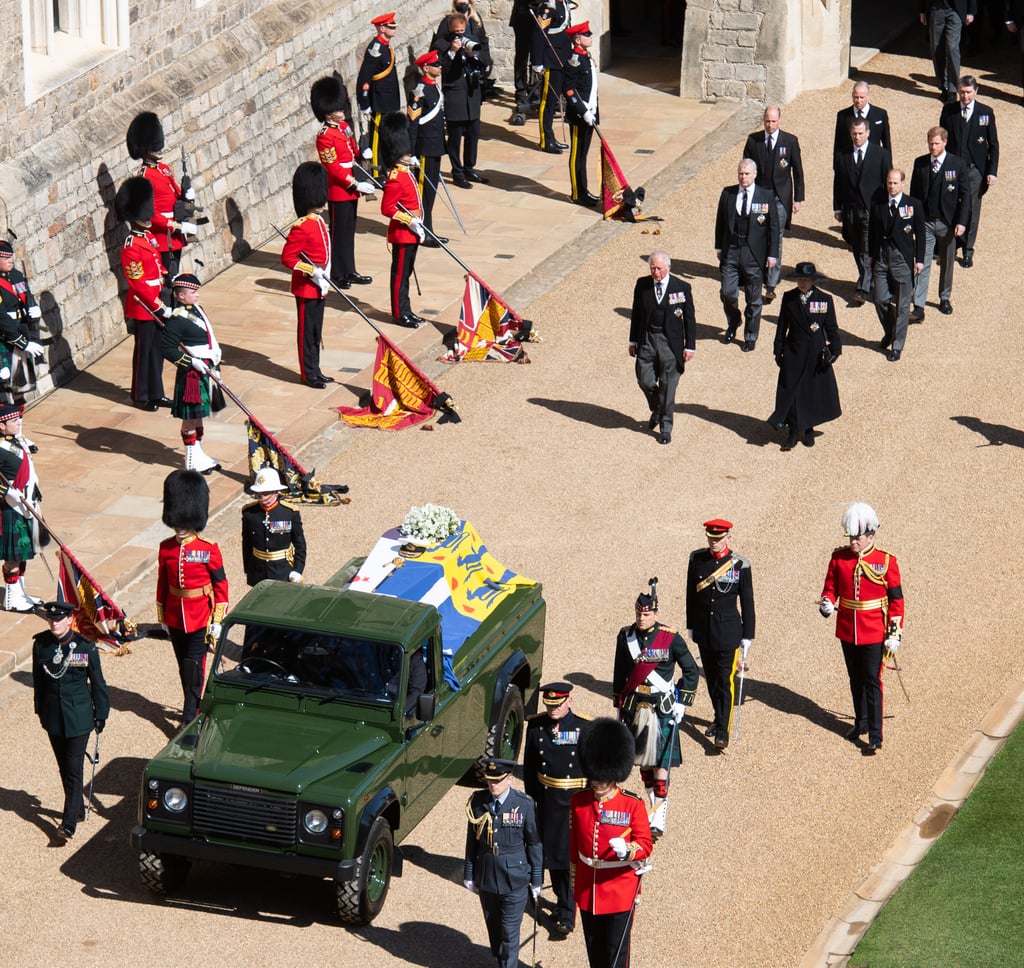 The royal family honoured Prince Philip with an intimate funeral at St. George's Chapel at Windsor Castle on Saturday. Queen Elizabeth II, Prince Charles, and Prince William were all in attendance, as well as Prince Harry, who recently returned to the UK for the first time since his and Meghan Markle's royal exit. Sadly, Meghan was advised by her doctor not to travel as she's currently pregnant with her second child. However, according to People, Meghan watched the funeral service from her home in Montecito, CA and she and Harry provided a wreath to be laid in Philip's honour.

Due to the COVID-19 pandemic, the palace had to pare down Philip's funeral. "Ironically, it is probably how he would have liked," former palace spokeswoman Ailsa Anderson told People. "No fuss, no bother. Right through his life, he never knew what all the fuss was about." Only 30 guests were allowed to attend, including Kate Middleton; Camilla, Duchess of Cornwall; Princess Beatrice; Princess Eugenie; Princess Anne; and Prince Edward, and they were all seated six feet apart and wore mourning dress.

Philip died at the age of 99 on April 9. Since his passing, the royal family has been honouring him with heartfelt letters, social media tributes, and never-before-seen photos.

The Royals
Happy Birthday, Archie! Harry and Meghan Celebrate With a Call to Action and a New Portrait
by Tori Crowther 22 hours ago