Tamara Smart's career is off to an impressive start. The young British actor has already worked with the BBC, Netflix, and Disney, before even reaching her 16th birthday. Tamara most recently played the role of Juliet Butler in the Disney+ adaptation of Artemis Fowl, alongside Dame Judi Dench and Colin Farrell. While excited for her Disney debut, Tamara took a moment to chat with POPSUGAR about her love for fantasy films, favourite beauty products, and what she thinks about the current cultural climate.

"Now more than ever, we have the opportunity to change, have hope, change the narrative, examine your responsibility, be willing to be uncomfortable, and educate ourselves." — Tamara Smart

Before we got into our chat, it was important for Tamara to make clear that she's "really horrified and devastated by the killing of George Floyd and the stories we've heard over the years of countless others." She continued, "I stand in solidarity with all of those who are currently speaking out against this great injustice. Also, now more than ever, we have the opportunity to change, have hope, change the narrative, examine your responsibility, be willing to be uncomfortable, and educate ourselves." When I was 15, I wasn't nearly as aware or vocal when it came to social justice. Tamara is a natural leader in that she understands the platform that she has earned, and sees the importance of being a positive role model and encouraging these tough conversations among younger audiences.

A true Londoner, Tamara has lived in the capital her entire life, expressing how much she loves her city, and her people. It seems that London loves her just as much, as Tamara launched her career with Netflix and BBC at 10 years old, appearing on CBBC's fantasy television series The Worst Witch, while professionally dancing on the side. Since Tamara's debut, she's gravitated towards fantasy features — starring in Nickelodeon's Are You Afraid of the Dark?, Disney's Artemis Fowl, and appearing next in Hulu's Hard Sun with Agyness Deyn and Netflix's A Babysitter's Guide to Monster Hunting, with Tom Felton. 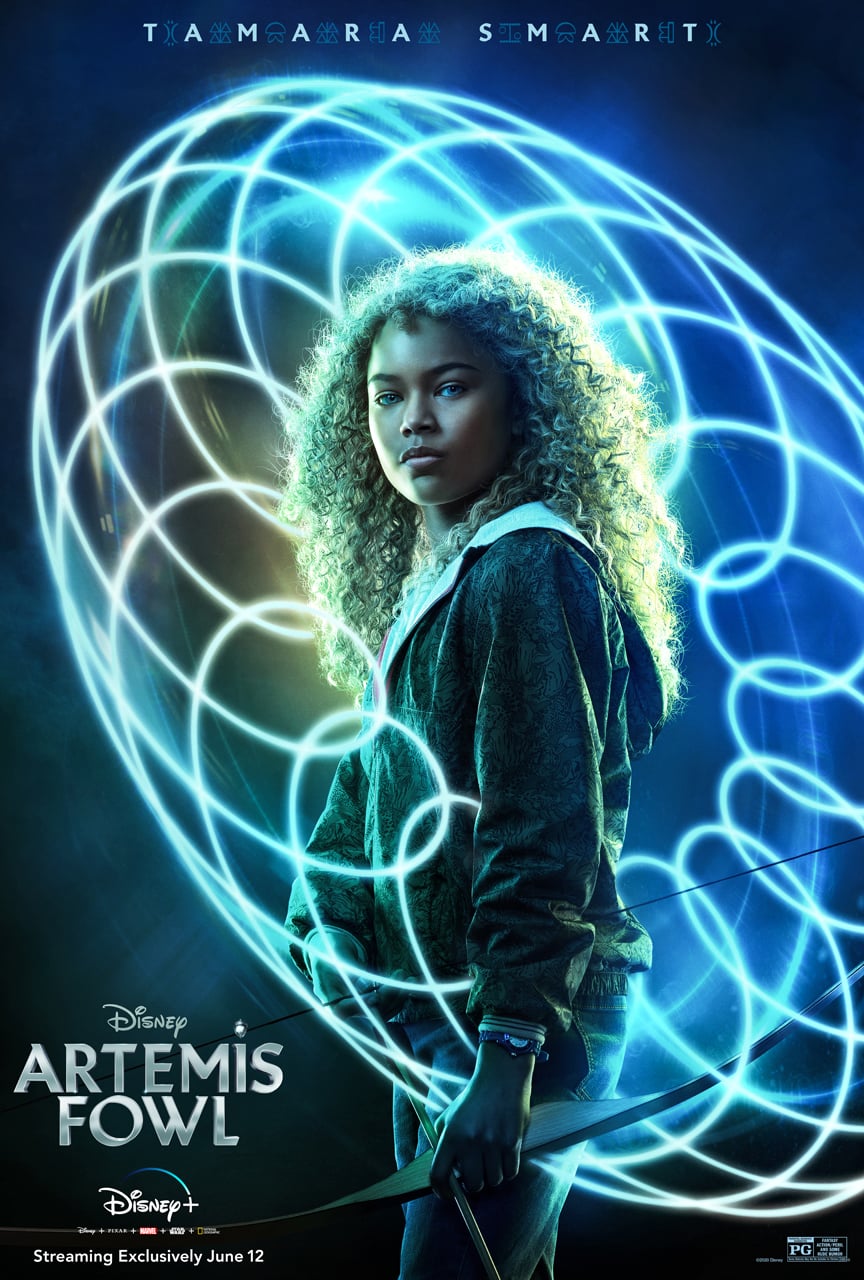 "I love fantasy movies!" says Tamara. "My favourite movie of all time is Harry Potter. We watch it every Christmas, ever since I was born. I've also auditioned for some normal things, but I feel like fantasy's just my thing. Maybe I am magical?", she jokes. When Tamara found out she landed a role with Disney, she freaked. "I was like, 'Oh my gosh. Disney. Disney!' I got there on the first day and they were like, 'Before we get started, we're going to do two to three weeks of stunt training.' I was like, "You know what? I've got this", because I've danced for a while, and I was just moving on to gymnastics."

"Tamara's favourite product for curly hair is a staple in the Black community — Luster's SCurl No Drip Curl Activator Moisturizer."

When Tamara isn't being magical in movies, she loves creating beauty looks which she shares on her Instagram account, and testing out skincare and hair products. Tamara's favourite product for curly hair is a staple in the Black community — Luster's SCurl No Drip Curl Activator Moisturizer (£7). "It's got argan oil in it, super moisturising, gives curls a really nice look and shine", Tamara explains. She's also a huge fan of The Ordinary skincare, "they do some actives that are really good for targeting spots," she says. Beauty-wise, Tamara loves experimenting with Morphe products, and trying out brands like MAC, Charlotte Tilbury, and Tarte.

"Makeup is just about having fun," Tamara says. "With the way that I see it, my face is a piece of paper and my brushes are the paint brushes, and the colours are the palette. Today, what am I going to do? I'm going to stare at myself in the mirror and see, what should I make myself into today? What should I be? I can be a bird, I can be a butterfly, I'll be this, that. I'll be whatever I want."

Catch Tamara Smart in Artemis Fowl on Disney+, Hulu's Hard Sun, and an exciting future role in Netflix's A Babysitter's Guide to Monster Hunting, where she will play "Kelly" alongside Harry Potter's Tom Felton.