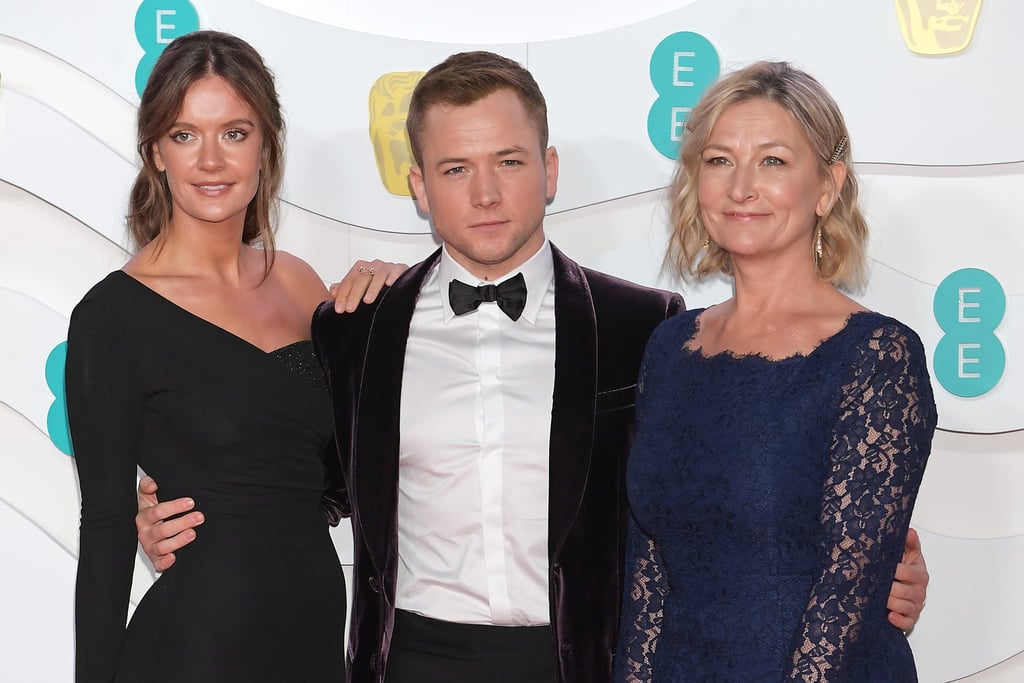 Emily Thomas, Taron Egerton, and Christine Egerton at the 2020 BAFTAs

Just when we thought we couldn't love Taron Egerton any more than we already do, the Rocketman star goes and brings his mum to the 2020 BAFTAs (British Academy Film Awards). One of the first to arrive on the red carpet in London, Taron turned up looking as dapper as ever in a velvet tuxedo alongside his mum Christine Egerton and long-term girlfriend Emily Thomas. The trio looked happier than ever as they posed for photos arm in arm. Taron's mum is no stranger to the red carpet — she was last seen alongside the actor at the Rocketman premiere.

Taron was nominated for the 2020 BAFTA for best actor in a leading role, and won the Golden Globe for actor in a musical or comedy film earlier this year for his portrayal of Elton John. At the BAFTAs, he's up against Leonardo Dicaprio (Once Upon a Time in Hollywood), Adam Driver (Marriage Story), Joaquin Phoenix (Joker), and Jonathan Pryce (The Two Popes). Whatever the result, either way he has our (and our mums') hearts.