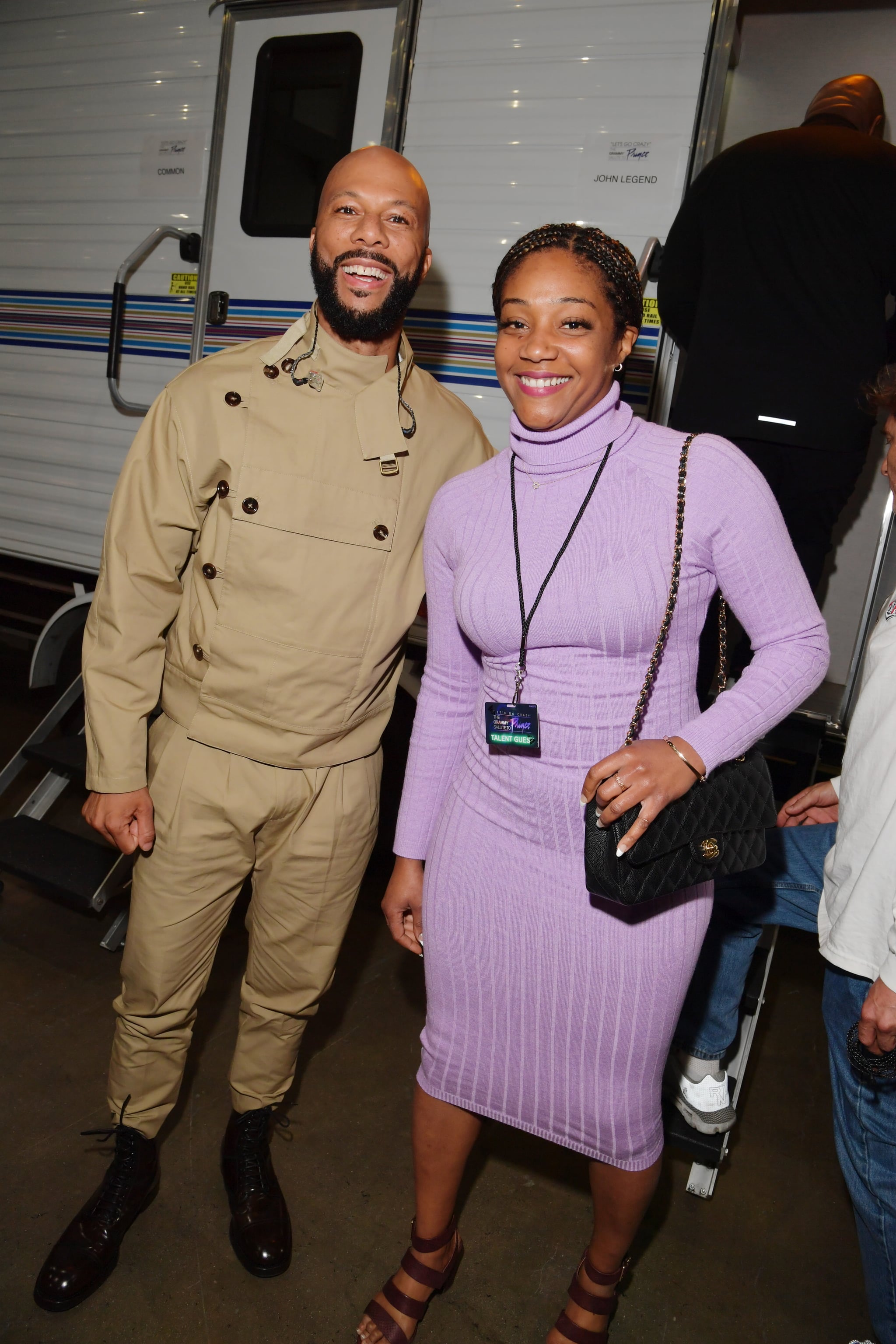 Tiffany Haddish and Common have decided to call it quits after one year of dating. According to People, the reason for the break up is because "they are never in the same city together and both of them are just too busy for a serious relationship."

Their split comes after Tiffany confirmed the two were dating on Steve-O's podcast, Steve-O's Wild Ride, in August 2020. "I am in a relationship," she said. Tiffany even joked that the two could be twins in reference to their shaved heads. According to Tiffany, they met on the set of the film The Kitchen, and a friendship blossomed shortly after. Things got serious in April 2020 after their virtual Bumble date — which Tiffany told POPSUGAR she recommends to all her friends for dating apps. Earlier this year, Common even said that their relationship "evolved" him into the man he is now.

Related:
Tiffany Haddish and Common Are the Cutest New Couple, and These Pics Prove It

Though it looks like a marriage proposal won't come from these two now, at the time, Tiffany did say if Common were to ever ask for her hand in marriage, she'd want him to propose with "an apartment building." "We don't live in the same house," she said on the SmartLess podcast. "I would love for him to always be my friend. If he decides he wants to marry me, cool. I don't want a ring, I want an apartment building."