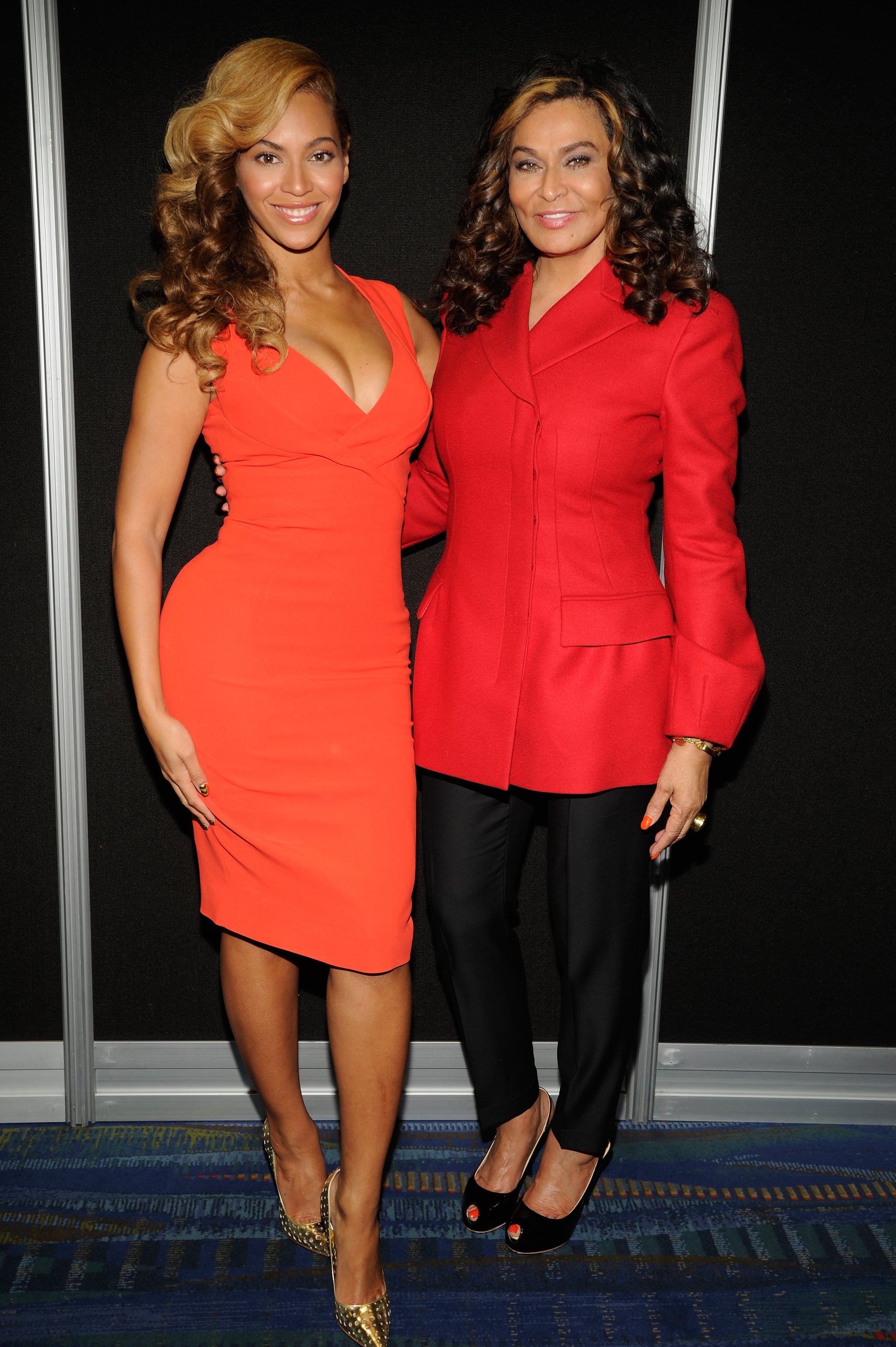 We have a new fun fact for your next celebrity trivia game night, brought to us by Tina Lawson. In the Sept. 15 inaugural episode of the podcast In My Head With Heather Thomson, the 66-year-old fashion designer opened up about the origin of Beyoncé's name, sharing that the 39-year-old's moniker is actually Tina's maiden name. "A lot of people don't know that Beyoncé is my last name," she said. "It's my maiden name. My name was Celestine Beyoncé, which at that time was not a cool thing to have that weird name. I wanted my name to be Linda Smith because those were the cool names."

She went on to say that while some of her family members have the last name "Beyoncé," other relatives have the surname "Beyincé" due to a clerical error. "It's interesting — and it shows you the times — because we asked my mother when I was grown. I was like, 'Why is my brother's name spelled B-E-Y-I-N-C-É? You know, it's all these different spellings,'" Tina continued. "And my mom's reply to me was like, 'That's what they put on your birth certificate.' So I said, 'Well, why didn't you argue and make them correct it?' And she said, 'I did one time. The first time, and I was told be happy that you're getting a birth certificate because, at one time, Black people didn't get birth certificates . . . So we all have different spellings. People don't even put the two together and know that's the same name."

Tina acquired a different last name when she married Beyoncé's father and former manager, Mathew Knowles. The couple wed in 1980, but split in 2009 and finalized their divorce in 2011. Tina remarried in 2015, tying the knot with actor Richard Lawson. Now that you know the story behind Beyoncé's name, her "Savage" remix line "Got this sh*t from Tina" has a whole new meaning.

Celebrity Interviews
Lil Nas X's Purpose For Music Isn't Controversy, It's to "Help Others Find Themselves"
by Grayson Gilcrease 14 hours ago