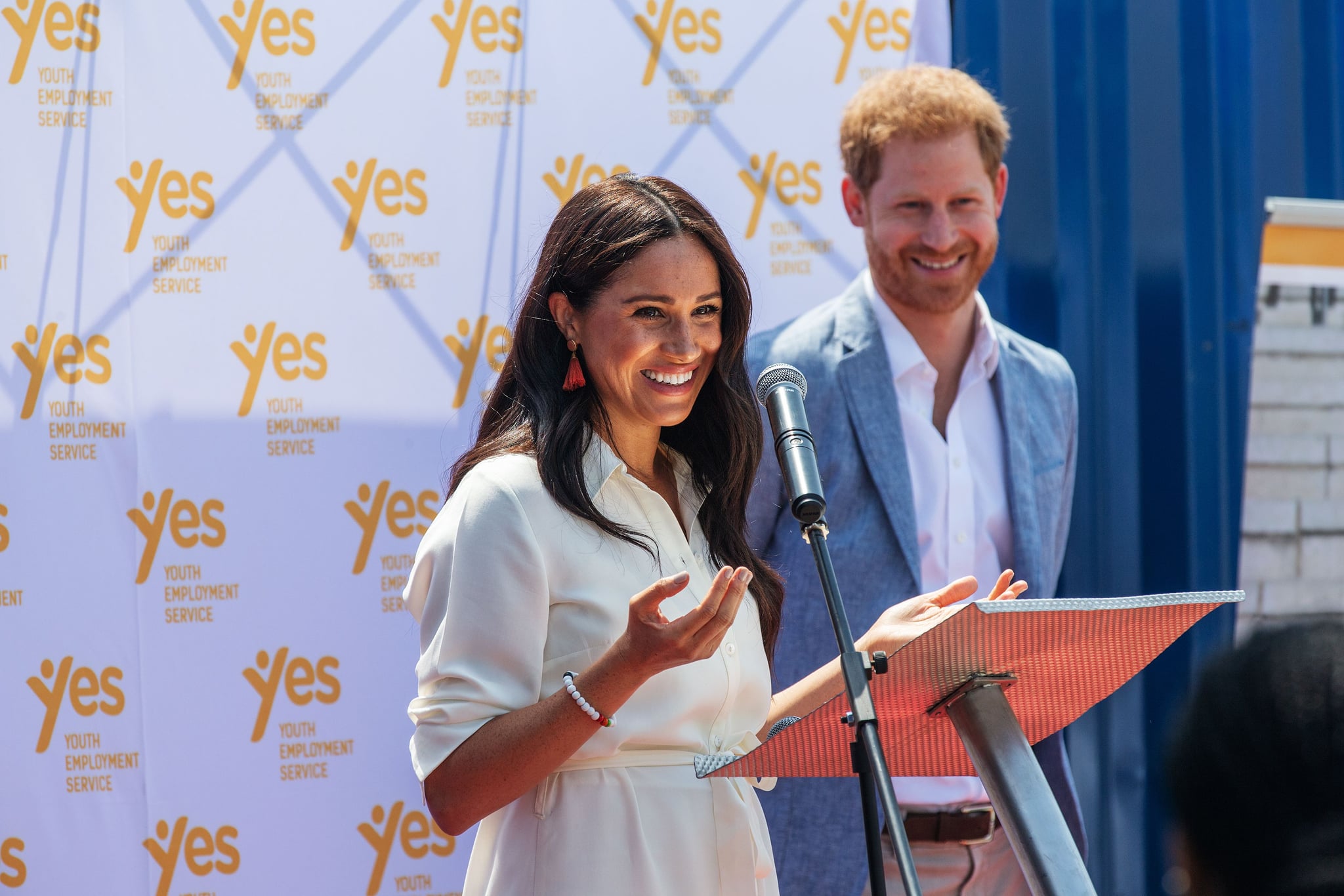 Astrology isn't an exact science, but some believe the placement of the stars can say a lot about one's ability to mesh with a partner. Is this also true for royal couples? Meghan Markle and Prince Harry seem to complement each other, despite the fact that their star signs point to opposing character traits. In fact, it may be this opposition that makes them work so well together.

Meghan, who's birthday falls on Aug. 4, is a Leo. Leos like Meghan are often described as passionate and creative people, who are also generous, warm-hearted, and cheerful. But they do have their quirks.

"While Leos are notably loyal and generous to a fault, their expectations for receiving from others and for praise from the partners and their public are substantial. We can assume that Meghan has set a high bar for Harry in this respect," Jay Austin, astrologist and partner at AustinFischer Astrogenomics, told POPSUGAR.

Harry, on the other hand, is a Virgo with a birthday of Sept. 15. In a nutshell, Virgos are analytical and practical. They like organisation and perfection — the best example being how Harry carries out his royal and military duties. And, if you're thinking this sounds like the opposite of a Leo, you would be correct.

Related:
Is It OK For the Same Zodiac Signs to Date? Watch Out For These Red Flags

"As a Virgo, Harry is more modest and steeped in rules and regulations. (Granted, it took him a while to get there!) On the other hand, Meghan, as a Leo, wants a public platform for herself. Leos crave attention and recognition and love pageantry and putting on a show. Not coincidentally, they love acting and performing," Austin said. This is spot on given Meghan's acting career. And pageantry is definitely one way to describe the couple's elaborate royal wedding.

"Emotionally, Virgos are more reserved and less demonstrative. Leos, on the other hand, love to project themselves emotionally, and expect grand gestures from their partners," he said.

Meghan definitely fits the bill of being more emotional and expressive with her partner. She is often seen holding hands with Harry and isn't afraid to give him a peck on the cheek in public now and again. In contrast, the other members of the royal family aren't really in favour of PDA of any sort. Meghan, obviously, is changing things up.

The media has been known to jump on any action that goes against the norms of royal protocol, driving Meghan to speak out about the effects of the tabloids on her self-esteem and daily life. Her attitude toward it all might associated with her Leo traits.

"Leos, unfortunately, are particularly sensitive to criticism," Austin said. "They don't like anything to puncture the image they've created for themselves."

The way Harry reacted to Meghan's unhappiness, by way of writing a strongly worded letter to the press followed by a formal lawsuit, is also in line with his sign's characteristics of not being afraid to speak out against others, especially if they feel someone has been wronged.

Meghan and Harry are no strangers to the limelight, but it seems that it's not affecting the strong mutual attraction that remains between the two of them. And whether it be greeting royal fans or travelling to far off places for charity work, the two seem to enjoy their time together. Can they learn from each other along the way? Absolutely. A future where Leo Meghan and Virgo Harry continue to create the perfect balance in their give-and-take relationship definitely seem in the stars.